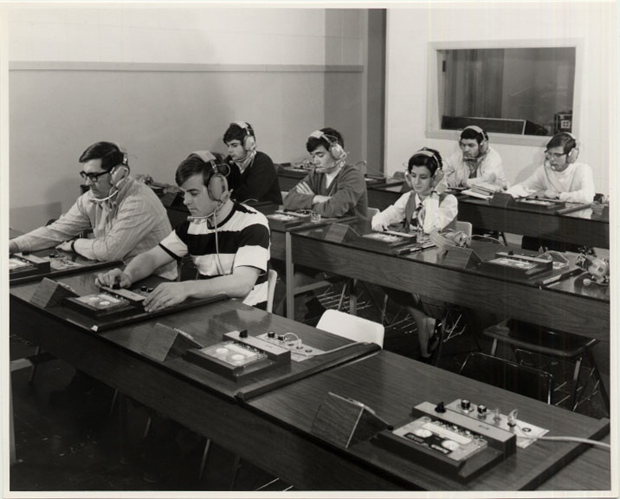 He is survived by his wife, Pat, his sister, his three children and their spouses, and his five grandchildren. His daughter, Anne Whitelaw, is an associate professor of art history and the associate dean of Research in the Faculty of Fine Arts. 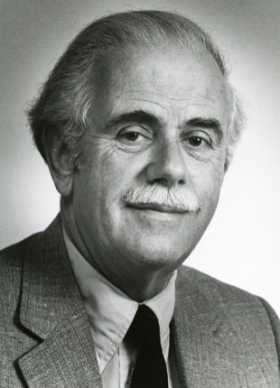 James Whitelaw was “an excellent colleague and, above all, a good friend.”

Raised in Edinburgh, Scotland and educated at Oxford University, Whitelaw obtained a Master’s in Modern Languages. He came to Canada in 1949 to work as a French teacher at Bishop’s College School in Lennoxville, Quebec. In 1954 he was hired at Sir George Williams College as the first head of what is now the Department of Classics, Modern Languages and Linguistics, where he taught literature. There he established the first language labs at the university. His instruction left a lasting impression on his students.

“I enjoyed his manner of teaching very much,” wrote David Mendelson (BA 59) in an online guest book. “I was very grateful for his understanding.”

In November of 1967, Whitelaw was appointed to the position of curriculum coordinator, and in 1971, he became associate vice-principal of Academic Planning.

Whitelaw was not only a leader at Concordia, but also in the education circles in Quebec and the Ministry of Education. Through Whitelaw, the Sir George Williams Academic Planning Committee was instrumental in the development of English-speaking CEGEPs in Quebec.

In 1974, Whitelaw was part of the pioneering team that shepherded the merger of Sir George Williams and Loyola colleges to form Concordia University.

Robert Burns, former member of the Board of Governors, looks back fondly on his time with Whitelaw. “I was honoured to work with him during the ‘merger’ years at Concordia,” he wrote in an online guest book. “His candour, wisdom and humour often saved the day.”

From 1974 to his retirement in 1984, Whitelaw occupied the position of associate vice-rector, Academic.

“We ‘belonged’ to different faculties but worked closely together for many years,” said Jack Bordan, retired vice-rector, Academic. “I was singularly blessed to have Jim Whitelaw as my associate vice-rector. He was a man of unusual talent, humour and energy. I am particularly grateful to Jim for agreeing to serve as acting vice-rector, Academic, during my sabbatical; he accepted the increased responsibilities with grace and, no surprise, he performed with his usual efficiency.”

“Professor Whitelaw was a valued mentor, colleague and friend at Sir George Williams/Concordia University,” wrote John Fiset, vice-principal emeritus of the Institute for Co-operative Education, in an online guest book. “His wisdom and wise counsel were always a source of encouragement.”

After his retirement, Whitelaw continued his commitment to Concordia. He returned to the university to undertake consulting work, and was a respected member of the Concordia University Pensioners’ Association.

“Jim was an excellent colleague and, above all, a good friend. He will be missed and fondly remembered,” concluded Bordan.

In lieu of flowers, the family requests donations to the West Island Palliative Care Residence.