Meet Montreal's 2016 Woman of Distinction in Science and Tech 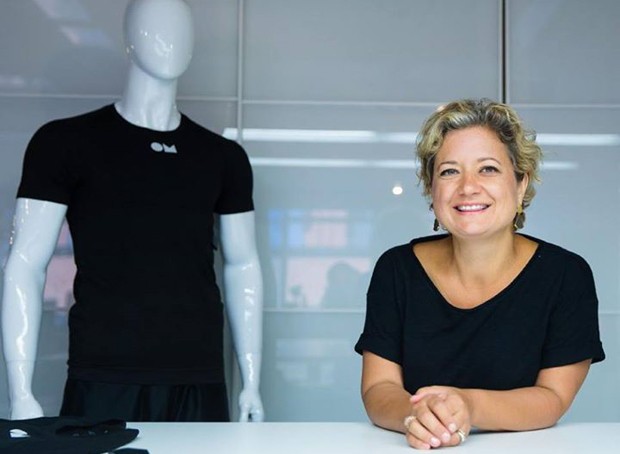 Joanna Berzowska: “There are so few role models for women working in the field.”

Joanna Berzowska can’t wait to start fulfilling her responsibilities as this year’s winner of the Montreal Y Foundation's Women of Distinction Award for science and technology.

“There are so few, if any, role models for women working in the field,” says Berzowska, a Concordia alumna (BFA Design 95) and associate professor in the Department of Design and Computation Arts.

“Whenever I go to technology panels and conferences, it’s mostly guys presenting papers. When I volunteer to judge events — like a Lego robotics competition, say — I’m usually the only woman there. Girls need to be encouraged and see that there are successful women working in that sphere.”

Enter the 23rd edition of the Women of Distinction Awards.

They recognize the role of women in the advancement of society by shining a light on those who, through achievements in their respective fields, have brought positive and lasting changes to society, and have raised funds for the YWCA Montreal whose mission is to build a better future for women and girls.

“I feel it’s possible to have a real impact. It’s important to be present,” she says.

Beyond the Fitbit: about Joanna Berzowska's research

Berzowska is a member of Hexagram at Concordia, as well as the founder and research director of the university’s XS Labs, where her team develops the underlying technology for electronic textiles.

She works in the Textiles and Materiality research cluster of the Milieux Institute for Arts, Culture and Technology.

Before founding XS Labs, Berzowska studied and worked at the MIT Media Lab, where she earned her master’s of science degree.

“At MIT, I started thinking, ‘How can I go beyond the mouse and keyboard and develop interactive experiences that engage the whole body, instead of just working with our fingers and our eyes?’” says Berzowska.

“That’s how I got into wearable computing. At the time, the field was stuck in the cyborg mode — just taping big, clunky equipment to bodies.”

Instead, she wanted to make technology disappear into “normal” clothing.

Her interest in the field emerged from a concern with the lack of softness in HCI (human–computer interaction) and the desire to explore a wider range of material properties in the development of physical interfaces.

Electronic textiles have been her focus ever since — she has been a leading innovator in the field for 20 years.

Let’s ask the expert — where are electronic textiles heading?

“In the near future, a lot of it will focus on fitness and wellness because that's where the early adoptors are. We see it with the Fitbit,” says Berzowska.

“People want to measure biometrics, like how much they’re moving and sleeping. I'm really looking forward to the time it moves beyond those types of applications and enters more of the world of design, fashion, personal expression, social interaction and performance.”

Berzowska will receive her Women of Distinction Award at the official ceremony in September.