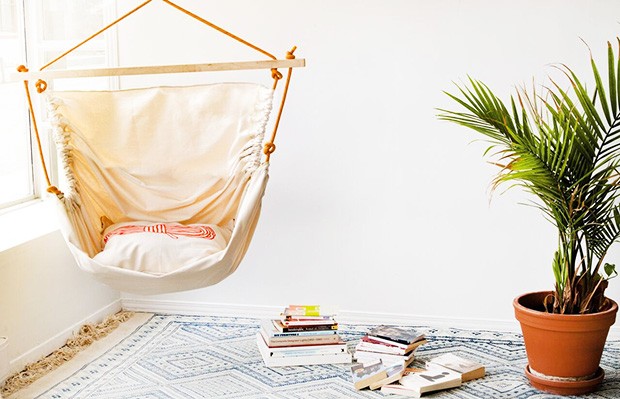 “We were inspired by the idea of comfort and something that's transportable,” says Catherine Martial, one of three Concordia design students behind Hamac Urbain. | Photos courtesy of Hamac Urbain

pk langshaw, professor in the Department of Design and Computation Arts, has seen a lot of startup projects in the 12 years she's been teaching the course “DART 392 - Environmental Research and Practice.” But few like Hamac Urbain.

The indoor hammocks built with sustainably sourced cotton and wood and recycled rock-climbing ropes are the brainchild of third-year design students Catherine Martial, Stéphanie Bélanger and Charlotte Krzentowski — and they're beginning to generate a lot of commercial buzz.

"These girls really took it on and put everything into it,” langshaw says. “It was exceptionally inspired.”

The trio met through the course, which emphasizes collaborative projects rooted in the guiding principle of design as an ethical and socially conscious construct.

Hamac Urbain emerged from a project that tasked the groups with designing a product to raise funds for Chez Doris, a local women's shelter, during Concordia's 5 Days for the Homeless campaign last year.

Martial, Bélanger and Krzentowski toyed with a few ideas before settling on the hammock.

"We were inspired by the idea of comfort and something that's transportable," says Martial.

"And something that would work outside," adds Krzentowski.

The idea for the ropes came from Krzentowski, who climbs with a local club and noticed them throwing out decommissioned ropes.

The money from the first run was donated to Chez Doris, and $2 from every hammock sold goes to Dans la rue, an organization for the homeless. 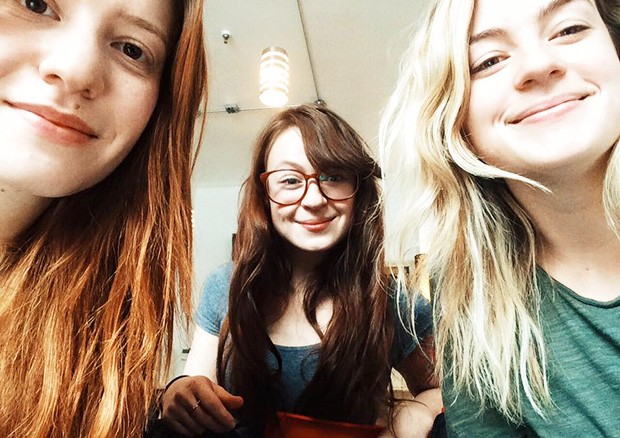 To make the hammocks the students had to learn the necessary skills like sewing and screen printing.

"The teachers were like, 'Are you sure? That's a big product, it will take a lot of time,'” Martial recalls. “But we were motivated."

Martial, who studies graphic design, came up with the handwritten logo and the screen print designs.

The first batch made for the 5 Days for the Homeless campaign sold out and helped solidify the feeling that the students were onto something good.

That belief was further fuelled by Hamac Urbain's Facebook page, which was starting to get a lot of attention around the same time.

"In one week we got 500 likes. We were getting a lot of compliments and decided to continue," Martial said.

Since January, they've filled 30 orders for their popular hammock chair.

In fact, demand is such that they've had to turn people away because they don't have the capacity to churn out the hammocks.

That's a situation they hope to change once they graduate this spring.

"It's final exams, we have orders to fill. If we had more time, we could do 30 a month, instead of 30 in three months. That would be cool," Krzentowski says.

In the future, the trio would like to see Hamac Urbain spread around the world, using materials sourced from local businesses.

Find out more about Hamac Urbain:

Contribute to Concordia's Five Days for the Homeless campaign.