The Department of Journalism has trained many of Canada's best journalists since 1975. You can't read a newspaper, listen to the radio, watch a television newscast or go online without coming across a Concordia journalism graduate.

Read about our alumni

In 2005, as part of our 30th anniversary celebrations, the department created a Distinguished Alumni Award to recognize and honour those graduates who have made us particularly proud.

Here are three of our winners:

Mark Kelley, BA 85, is the fifth estate's most recent addition to its investigative team, His award-winning career at the CBC spans more than two decades where, in addition to his fifth estate duties, he sits behind the anchor desk, often substituting for Peter Mansbridge on The National.

Mark graduated from our undergraduate program in 1985, a time when it did not offer broadcast training. He learned his skills on the job, first in radio then on television.

As Mark told the audience during his Reader's Digest lecture, entitled "Secrets, sources and scoops: Getting the story in the new age of investigative journalism," he intended to work in newspapers.

That would not be the case.

Mark's exemplary work has taken him across the globe. His first-hand accounts include stories ranging from Afghanistan to Egypt during the Arab Spring. Before joining the fifth estate, Mark hosted Connect, the CBC public affairs program that, according to the CBC's website, "highlighted the personal stories behind the day's headlines." As Distinguished Professor Emeritus and former chair Enn Raudsepp observed, "Mark's special talent is his ability to connect with the people he interviews so that he gets the full story . . . ." Not surprisingly, his work on Connect landed him the 2011 Gemini Award for Best Host or Interviewer. That Gemini is in addition to four others he has won.

The Department is very pleased to bestow upon Mark its "Distinguished Alumni Award." 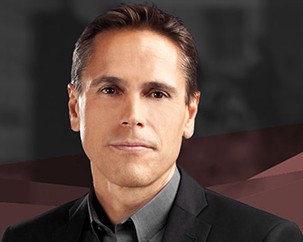 Jennifer McGuire, GrDip 88, was appointed general manager and editor in chief of CBC News in May, 2009, after serving as interim head of news since November, 2008.  She is responsible for CBC News Network, and all local and network news and current affairs programming on CBC Television, CBC Radio and CBCNews.ca.

Jennifer was a member of our first graduate diploma class, in 1987-88.  “My time at Concordia was the foundation of my career,” she told the audience for her March 2010 Reader's Digest Lecture, entitled “Transitioning On-line.”

Jennifer began her CBC career by producing Ottawa Morning on CBC Radio.  She has also produced CBC television programs Foreign Assignment, CBC Newsworld Today and Sunday Morning Live.  She later held the positions of acting head of CBC Radio Current Affairs and executive director of programming for CBC Radio.  Prior to taking her current position, Jennifer was executive director of CBC Radio, where she was responsible for all of the CBC's radio broadcasting, including Radio One, Radio Two, Radio Three and the CBC's Sirius Satellite Radio programming.

Jennifer has been described as a “champion” of repositioning CBC News as a fully integrated, multi-platform service.  “Our job is to provide Canadians with timely, reliable and relevant news and information, whenever and however our various audiences require it,” she said upon assuming her new position.  “In an era of changing media habits and evolving competitive landscapes, it's more important than it has ever been.” 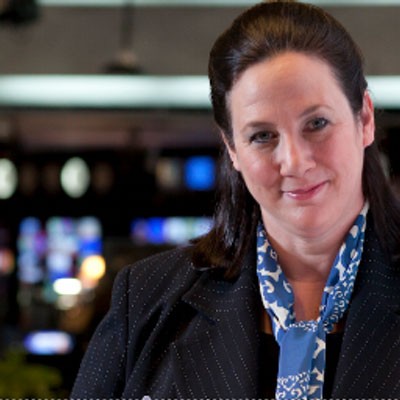 Andrew McIntosh, BA 97, is the investigations desk editor at the QMI Agency, a newly created, multimedia news service of Quebecor Media. A graduate of our undergraduate program in 1996, Andrew is a three-time winner of Canada’s National Newspaper Award for spot news, business reporting and investigative reporting. He has been an NNA finalist three other times. Andrew's work has also won him three Canadian Association of Journalists Awards for outstanding investigative reporting.

After stints at The Gazette of Montreal, The Ottawa Citizen, The Globe and Mail and National Post,  Andrew moved to Sacramento, California in 2005 to join The Sacramento Bee as an investigative reporter, public records and Freedom of Information Act specialist and member of its Capitol Bureau.

Andrew won the Society of Professional Journalists, Northern California 2007 Excellence in Investigative Reporting award for a five-part series on flaws in the state’s licensing and enforcement system for paramedics and emergency medical technicians. He shared two California Journalism Awards in 2006 and 2009 for stories about conflicts of interest and fraud in the California Highway Patrol’s contracts and an exposé of serious problems with the state's unemployment insurance call centres.

His 2008 investigative series on design flaws, deaths and thousands of injuries caused by air-powered nail guns to both consumers and construction professionals was named a finalist in the Investigative Reporters and Editors Awards in 2008 and a finalist for the Washington DC-based Understanding Government’s Preventive Journalism Awards. It also won a Society of American Business Writers and Editors Award.

Andrew has taught at Carleton University's Graduate School of Journalism and given seminars on investigative reporting methods and access to information laws at journalism conferences across North America for two decades. 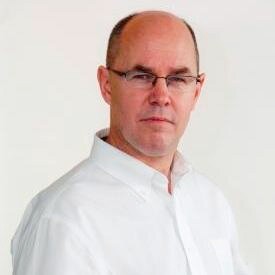