Through our networks, we facilitate bridging and connection with internal Concordia units, collaborate with local resources and programming, and incubate pilot intiatives that champion the perspectives, success, and wellness of our Black communities.

Our Office was established by founding coordinator Annick Maugile Flavien and resides within Concordia University’s Office of the Provost and Vice-President, Academic. The work of the BPO is informed by the generations of Black student and community activism in Montreal and at Concordia that have laid the foundation for work that addresses and challenges anti-Black systemic racism. It is this engagement that has made it possible for the original pilot initiative to become its own office and we are honoured to be shaping an office that best represents, serves, and is informed by the rich and diverse Black perspectives at Concordia.

At core, the Black Perspectives Office works from an anti-racist, anti-discriminatory and anti-oppressive framework. We are committed to our evergrowing practice of being inclusive and accessible to all, and we actively aim to oppose all forms of discrimination and oppression. The BPO serves all Black students, staff and faculty at Concordia University and engages with all members of the Concordia community. Though our impact is most directly focused towards the Concordia community, we make intentional efforts to foster relationships with local and international Black communities and universities. Teeanna Munro is the Project Coordinator for the Black Perspectives Office (BPO). Her role most directly serves our Black students at Concordia and she leads the BPO’s student programming. Teeanna has over 12 years of community organizing and building experience across communities in Vancouver, Montreal, and San Francisco. Key highlights of her career include being the founder and co-designer the Justice Program at DESTA Black Youth Network, as well as, Captive Minds where she created popular education workshops for Black youth on understanding the prison industrial complex and systemic anti-Black racism and connected Black youth with incarcerated mentors through their pen pal program.

Teeanna holds a Bachelor’s in English Literature from Concordia, 2016, and after completing her Master’s in Teaching and Learning (McGill, 2018), Teeanna worked in Nunavik, Quebec as a secondary teacher and classroom management coach. As a first-generation university student, community organizer, and teacher, Teeanna’s approach and work is very much guided by equity and dismantling all forms of oppression and systemic discrimination in the educational system so that Black students can thrive as their authentic selves. 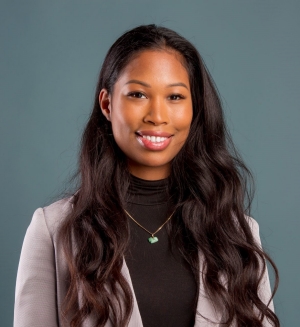 Christine White is the office assistant for the Black Perspectives Office and the Equity Office at Concordia University. Christine began her career in administrative support in 2015. She has held high level executive support roles in various organizations, primarily in the retail industry.

She is passionate about matters of equity, diversity, inclusion and social justice as well as the fight against anti-Black racism. Passionate about serving the community, working with both the Black Perspectives Office and the Equity Office allows Christine to advance this commitment in her day-to-day work. 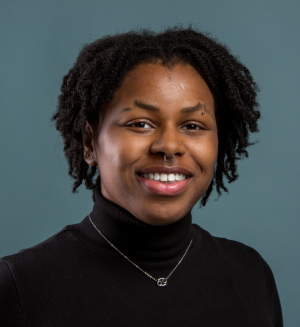 Isabelle St-Louis is the Facilitator for the Black Perspectives Office (BPO). In this role, she provides culturally safe support, advocacy, and programming for Black students. She develops networks of exchange and advancement for Black faculty and staff. As well, her role engages the entire Concordia community in workshops, trainings, and conversations on topics related to anti-black racism and integration of Black perspectives.

Isabelle holds a Bachelor’s in Communication (UQAM, 2014). While doing her Master's in Business Administration (Université Laval, 2018), she seized the opportunity to study in Belgium and in Mexico, where she coordinated a Summer Campus. Fluent in French, Haitian Creole, English and Spanish, she explores cultures especially through dance and travel, appreciating the differences and the beauties that bring people together.

As a former international program coordinator at HEC Montréal, she cofounded the school’s first steering committee for Black History Month raising awareness and encouraging openness of some challenges faced by Black communities, encouraging the university population in learning about one another. Optimistic at heart, Isabelle believes that well-intentioned actions lead to change and will put her efforts along with her team’s in creating un campus à l’image de chacun.

The Black Perspectives Office, located on traditional Kanien’kehá:ka Nation Territory, stands in solidarity with and will always be informed by Black communities and activists in Canada, the US and around the world who continuously fight against anti-Black interpersonal and systemic racism, violence, and oppresion. We honour and stand with the Black Lives Matter movement in the fight for freedom, liberation, and justice.

As part of a Canadian university, we are committed to examining, addressing and teaching about the systemic violence and structural inequalities that shape the Canadian university and affect its communities. We acknowledge that systemic racism exists within academia and commit to denouncing and addressing its injustices within our own institution. As such, we also recognize the legacy of systemic racism at one of Concordia’s founding institutions, Sir George Williams University, in the late 1960s, and highlight how students have then as now been at the forefront of demanding racial justice.

In addition to the resources, services, advocacy, and consultative support we offer at the Black Perspectives Office, we work alongside the President's Task Force on Anti-Black in the examination of the eight following areas at Concordia University, towards addressing anti-Black systemic racism and ensuring an inclusive university: Campus security and relations with external security forces, Anti-racist education and resources for the campus community, Concordia and its founding institutions’ relations with Black Communities, Curriculum and educational tools, Student Services, Faculty Development and supports, Employment initiatives, and Fundraising.