Najmeh Khalili-Mahani: “Those who considered themselves screen-addicted were more likely to have higher scores in all types of stress.” | Photo by Rodion Kutsaev on Unsplash

When it comes to the relationship humans have with their screens, it’s complicated. On the one hand, we love using them. On the other, millions of us have become mentally and emotionally absorbed by our devices and experience real-life health consequences as a result.

In a recently published paper in the Journal of Medical Internet Research, Najmeh Khalili-Mahani explores how screen use links to stress in humans, particularly in self-confessed screen addicts. Khalili-Mahani is a neuroscientist who works at Concordia’s PERFORM Centre.

Using an online survey containing over 60 questions, her team asked more than 650 responders about the types of screens they were dependent on (TV, smartphone, game console, tablets, etc.) and what they were using them for.

The survey also recorded the subjective self-assessment of being screen-addicted, which was controlled by quantitative questions about the number of hours spent on screen-related activities and the scale of addictive behaviours such as compulsive use, withdrawal, losing track of time and tasks and defensive attitude about screen use.

A similar approach was used to record different types of stress related to specific life events such as relationship problems, financial difficulties, bereavement and so forth. As a quantitative control, the scales of emotional, perceptual, health and lifestyle stressors were calculated from specific questionnaires.

Online gambling, Khalili-Mahani notes, was not something they explored. She believes that behaviour deserves its own separate study. 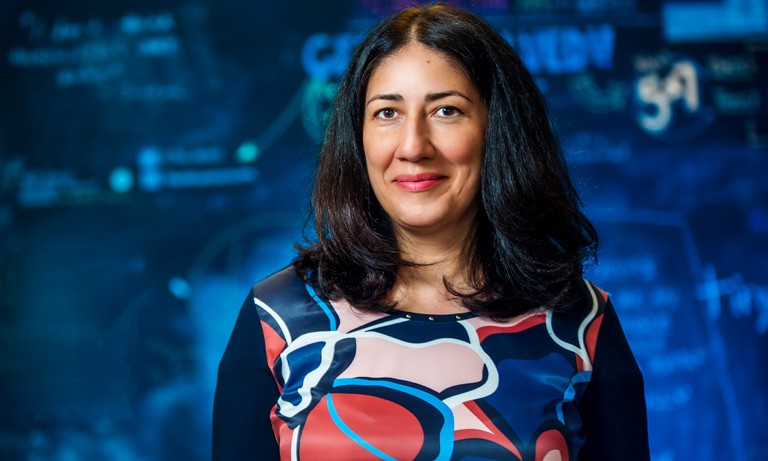 The reverse was not found to be the case, however. Over 60 per cent of all respondents reported at least one kind of stress, be it bereavement, financial, relationship, health or exam, but only one-third of them described themselves as screen addicts.

Serious stressors such as bereavement and chronic health were not associated with differences in screen use, but financial, exam, relationship and self-evaluated mental health stressors were associated with greater dependency on social networking.

Does screen fun lead to stress?

Khalili-Mahani cautions about drawing any conclusions about the causality of the relationship between stress and screen usage.

“Those who identify themselves as screen-addicted are more likely to be those who are spending more time on social networks, games or relaxation,” she says.

“Those who consider themselves screen-addicted were also more stressed emotionally. More work is needed to study the subjective differences in justification of using screens for leisure activities.”

She adds that it is plausible that the self-admitting addicts perceive time spent on social networks with more guilt than time spent on following the news or searching information — which were both the most important activities for all groups.

Coping on the go

The researchers are using the findings to develop mental health care e-tools to mitigate chronic stress that can be delivered via their screens. These would preferably be designed for mobile devices, as self-identified screen addicts highly value portability, communication and leisure.

“Emotional stress was very dominant in predicting screen usage, so that’s what we’re focusing on moving forward,” says Khalili-Mahani. “We think these screens can be used for some sort of emotional intervention, and we are taking a gamified approach to make these interventions relaxing and fun.”

The study was funded through a fellowship from Concordia’s Office of Research.

Read the cited paper, “To Each Stress Its Own Screen: A Cross-Sectional Survey of the Patterns of Stress and Various Screen Uses in Relation to Self-Admitted Screen Addiction.”