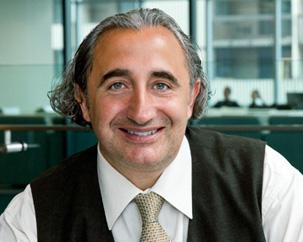 Dr. Gad Saad is Professor of Marketing, holder of the Concordia University Research Chair in Evolutionary Behavioral Sciences and Darwinian Consumption (2008-2018), and advisory fellow at the Center for Inquiry. He was an Associate Editor of Evolutionary Psychology (2012-2015) and of Customer Needs and Solutions (2014- ).  He has held Visiting Associate Professorships at Cornell University, Dartmouth College, and the University of California-Irvine. Dr. Saad was inducted into the Who’s Who of Canadian Business in 2002. He was listed as one of the “hot” professors of Concordia University in both the 2001 and 2002 Maclean’s reports on Canadian universities. Dr. Saad received the JMSB Faculty’s Distinguished Teaching Award in June 2000. He is the recipient of the 2014 Darwinism Applied Award granted by the Applied Evolutionary Psychology Society and co-recipient of the 2015 President's Media Outreach Award-Research Communicator (International). His research and teaching interests include evolutionary psychology, consumer behavior, and psychology of decision making.

Professor Saad’s trade book, The Consuming Instinct: What Juicy Burgers, Ferraris, Pornography, and Gift Giving Reveal About Human Nature (Prometheus Books), was released in June 2011, and has since been translated to Korean and Turkish.  His 2007 book, The Evolutionary Bases of Consumption (Lawrence Erlbaum) is the first academic book to demonstrate the Darwinian roots of a wide range of consumption phenomena.  His edited book, Evolutionary Psychology in the Business Sciences, was also released in 2011 (Springer), as was his special issue on the futures of evolutionary psychology published in Futures (Elsevier).

Dr. Saad holds a PhD (Major: Marketing; Minors in Cognitive Studies and Statistics) and an MS from Cornell University, and an MBA (Specialization: Marketing; Mini-Thesis: Operations Research) and a BSc (Mathematics and Computer Science) both from McGill University (Montreal, Quebec, Canada).