Looking for fresh, organic produce? It’s closer than you think 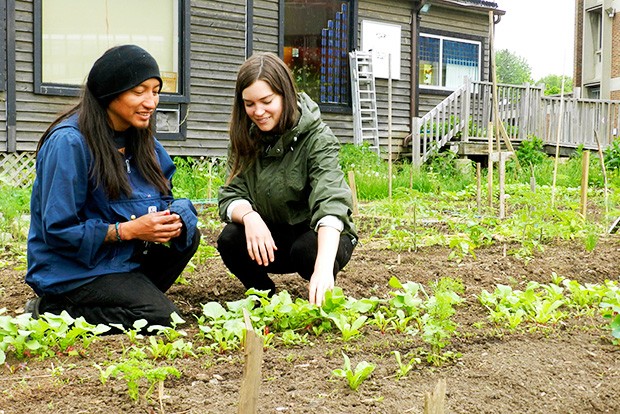 After a late and chilly start to spring, Concordia’s City Farm School students are busy tending to crops and painting signs that will direct customers to the initiative’s twice-weekly market.

“We had intended to start the market during the first week of June,” says Jackie Martin, City Farm School’s co-coordinator. “Unfortunately, the weather didn’t co-operate.”

But now that summer is finally here, students, staff, faculty and the community at large can find fresh, organic produce for sale at the City Farm School’s Market Stand, held every Tuesday and Thursday from 11 a.m. to 1 p.m. behind Hingston Hall on the Loyola Campus. The market runs until mid-October.

The produce on offer comes from the farm’s production plots and four collective plots. The latter are run by its 16 gardening interns, who were divided into groups of four and assigned to a section of the garden.

“We wanted to make sure we had vegetables for every season,” says Malissa Levitsky, an intern, showing off her group’s harvest, which includes snow peas, spinach, radishes and more. “We’re very strategic with our placements, like growing basil and tomatoes together — that’s called companion gardening.”

Companion gardening was among the challenges Martin gave the interns, who began work in March and will finish in October. The students were also tasked with building a trellis using found materials and letting a plant go to seed. At the same time, they learned about the financial end of maintaining a garden by way of mock monetary transactions. 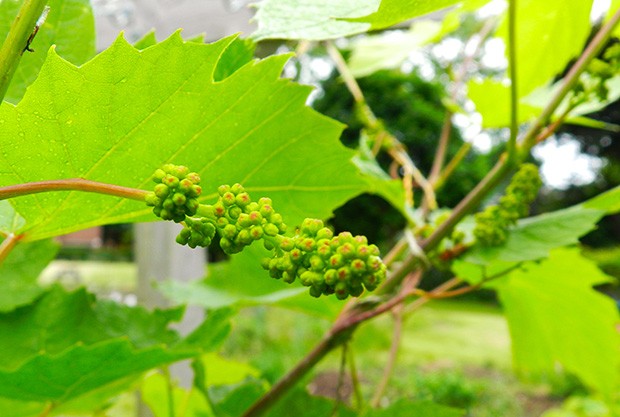 Grapes are among the new crops the City Farm School’s customers will get to enjoy later this summer.

The produce available at the market itself varies according to the season. This week, shoppers can expect to find mixed greens, chives, radishes and seeds, as well as organic fertilizer kits. There will also be herbal tea blends for sale — a first for the City Farm School.

This summer, the farm has added crops like broccoli and Chinese cabbage, along with more fruit, including pears and grapes, to its offerings. And, thanks to a boost in land, the gardeners expect more food to be available each week.

Martin is proud to keep price points low — a bag of fresh greens, for instance, sells for $4, while radishes go for $2 a bunch — and ensure that Concordia and the community surrounding it have access to high-quality organic goods. As she explains, the market is unique because it takes place at the farm where the food is grown.

“You see where the produce comes from. If someone is buying black tomatoes for the first time, we can show them the plant they were grown on.”

That also means that the interns who harvested those tomatoes get to share what they’ve learned about the produce and the process behind it, adding a social dimension dimension to the experience.

“There is so much conversation that happens. People ask questions about gardening, and the students get to answer.” 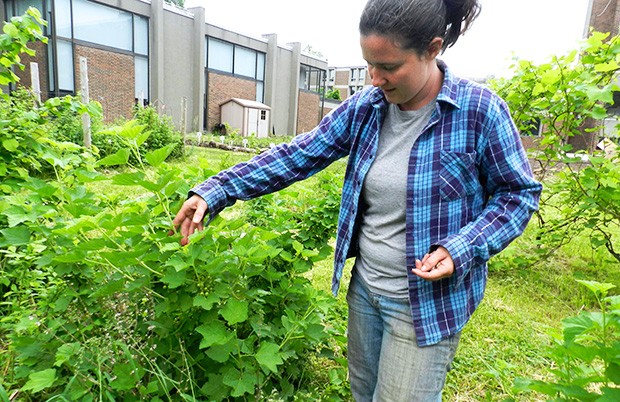 The City Farm School’s Market Stand takes place every Tuesday and Thursday from 11 a.m. to 1 p.m. behind Hingston Hall (7141 Sherbrooke St. W.) on the Loyola Campus. It will be held until mid-October.

Learn more about the City Farm School, and check for weekly updates on its Market Stand.