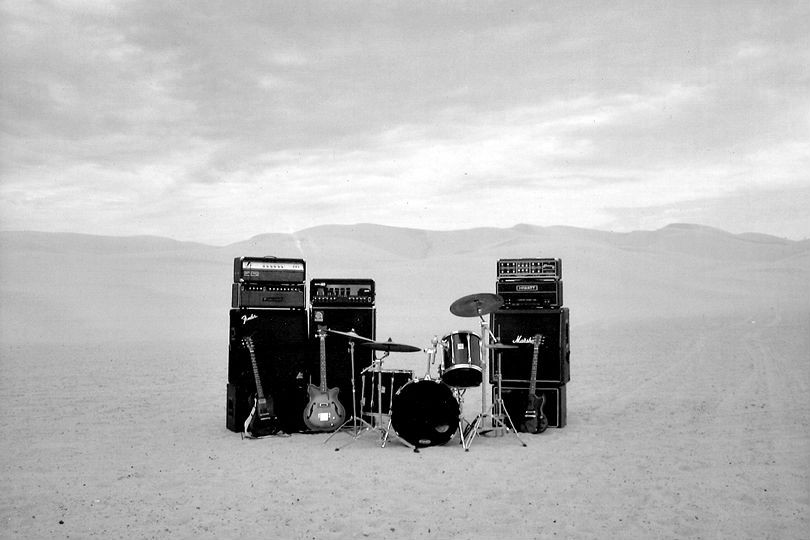 Playing Rock Against Racism at Carleton University’s Porter Hall, in March of 1994, was a key consciousness-raising moment in my early years as a musician. Like the Food Not Bombs benefits that I would later participate in with other groups, the event foregrounded music to foster conversations and to enable like-minded communities to build bridges among themselves.

Music informed everyone’s experience, musicians and non-musicians alike, enriching their interactions and providing a sense of commonality that neither began nor ended with the performances. Its social and symbolic importance permeated all aspects of the event.

Music, I had come to realize, was not just something you do or listen to.

“[T]he word music shouldn’t be a noun at all,” writes Christopher Small. “It ought to be a verb — to music.”

Small further explains that ‘musicking’ is “part of that iconic, gestural process of giving and receiving information about relationships […] and it is in fact a ritual by means of which the participants [in a performance] not only learn about, but directly experience, their concepts of how they relate, and how they ought to relate, to other human beings and to the rest of the world.”

In other words, music is mediation. It has an impact on the connections that people establish among themselves in the same way that it both reflects and shapes their self-perception and sense of belonging. Music, Georgina Born argues, “inflects existing social relations, from the most concrete and intimate to the most abstract of collectivities.”

I wanted to explore this idea of music as a ‘constellation of mediations’ when I left my seat behind the drums to research and write about (1) Jazz libre, a turn-of-the-1970s free jazz ensemble associated with the Quebec left, and (2) musical diplomacy in Canadian-Brazilian relations from the early 1940s to the late 1960s.

I first met members of Jazz libre in 2011. At the time, I was preparing an album of unreleased material recorded by the group in 1973. The interviews I conducted pointed me in the direction of private and public archives, including those of the Royal Canadian Mounted Police (RCMP) and Sûreté du Québec, where I discovered the contours of what I came to call a ‘musical-political praxis.’

Sound recordings, I found out, were not the sole repositories of meaning for the group’s music.

Founded in 1967, Jazz libre was a collective of improvising musicians who hoped to transform the Quebec soundscape in the wake of the Quiet Revolution. Their experimental approach was initially inspired by the cultural ferment that accompanied Expo 67.

Jazz libre’s creative process encouraged communication, collaboration, initiative, trust and self-criticism, but also a disposition to take risks as well as a willingness to think creatively and make decisions on the spur of the moment. It championed a spontaneous, visceral form of artistic expression that was attuned to interpersonal relationships.

It did not take long for these left-leaning, indépendantistes musicians to draw parallels between their effort to liberate themselves artistically and the Quebec left’s struggle for national liberation. After all, the free jazz that inspired Jazz libre was commonly associated with the civil rights movement, black nationalism and the struggle for decolonization.

The group’s appropriation of that music was thus also meant to lend credence to the belief that French Canadians were a colonized people who had much to contribute to the global fight against imperialism and capitalism.

Jazz libre launched many projects during its eight years of existence. Chief among these was Petit Québec libre, a largely improvised socialist commune in the Eastern Townships.

The group invited students, workers and activists to spend time there. Its free music workshops put forward strategies to reconcile individual and collective voices while laying the foundations for a common front of revolutionary groups. Members of the Black Panther Party and Young Lords visited the site on at least one occasion. Front de libération du Québec sympathizers were regular attendees.

Needless to say, Petit Québec libre became the target of heavy police surveillance. In May of 1972, the RCMP disrupted activities on the commune by clandestinely setting fire to the barn used for concerts and meetings.

There is obviously not enough room here to tell the full story of Petit Québec libre and the music that inspired it. I discuss all of this in an upcoming book titled JAZZ LIBRE et la révolution québécoise.

The artists whose experiences I examine in my doctoral dissertation were not revolutionaries; they were musical diplomacy pioneers.

Quatuor alouette, a French-Canadian folkloric vocal ensemble, is a great example. The four singers had performed in France in 1934, during the celebrations organized for the Fourth Centenary of Jacques Cartier’s first voyage to Canada, as well as in the United States where they twice acted as official Quebec delegates to the American National Folk Festival in 1942 and 1943.

Their antimodernist repertoire spoke of nostalgia for an idyllic time, the sanctity of bonne entente and community, the picturesque and majestic Canadian landscape as well as the importance of Christian values in changing times.

In 1945, the four singers travelled to Brazil as guests of the Canadian ambassador. Their mandate was to project a bicultural image of Canada that the Brazilian elite could relate to and engage with. They accomplished this with discernible enthusiasm.

However, what most inspired the group was arguably the work accomplished in the country’s interior by the Quebec-based congregation Les Frères du Sacré Coeur. In the end, the folk singers chose to lend their voices to the cause of the missionaries by placing French-speaking, Catholic Quebec at the centre of their performances in Brazil.

The Montreal-born composer and educator Claude Champagne also helped nurture closer ties with Brazil, the only country with which Canada had a cultural agreement at the time.

In 1942, he revisited a Marajó Island folk melody and composed a musical homage to Brazilians at the request of the Canadian ambassador who was planning Dominion Day — former name for Canada Day — celebrations in Rio de Janeiro. Brazil’s response to Champagne’s “Quadrilha Brasileira” came shortly after with Francisco Mignone proposing his own musical homage, “Três Prelúdios (Sobre Temas Canadenses),” a short piano piece based on three French-Canadian folk songs.

Champagne supplemented this exchange of musical gifts with a state-sponsored trip to Rio de Janeiro in 1946. He gave a series of lectures at the Escola Nacional de Música and conducted the Orquestra Sinfônica Brasileira. The Canadian impromptu ambassador also mingled in the city’s male-dominated, predominantly ‘white’ and francophile elite high art milieu where he befriended Brazilian composers, including José Siqueira and Heitor Villa-Lobos, who both performed in Montreal as part of this Canada-Brazil cultural rapprochement.

Classical music’s ostensibly apolitical and universal qualities may have made it an appealing instrument with which to promote international dialogue and cooperation, but there was more to musical diplomacy than met the eye.

My dissertation demonstrates that the use of folk and classical music in international relations often refracted and reinforced hierarchies of identity (race, religion, class, gender, etc.) although it also – occasionally – served to challenge official discourses and transgress established social boundaries.

I would be lying if I claimed to be equally passionate about these genres — free jazz, folk music and classical music — from my point of view as a drummer. That said, I find the above musical panorama profoundly interesting as a researcher, because of what it reveals about music’s ability to mediate — old and new — connections to various collectivities.

It certainly makes me want to continue eavesdropping on the past to better understand how music travels and how identity politics play themselves out through aesthetic modes of communication.

It will not change the way I beat the drums, but it will help me make the case that we need to listen with a more critical ear.