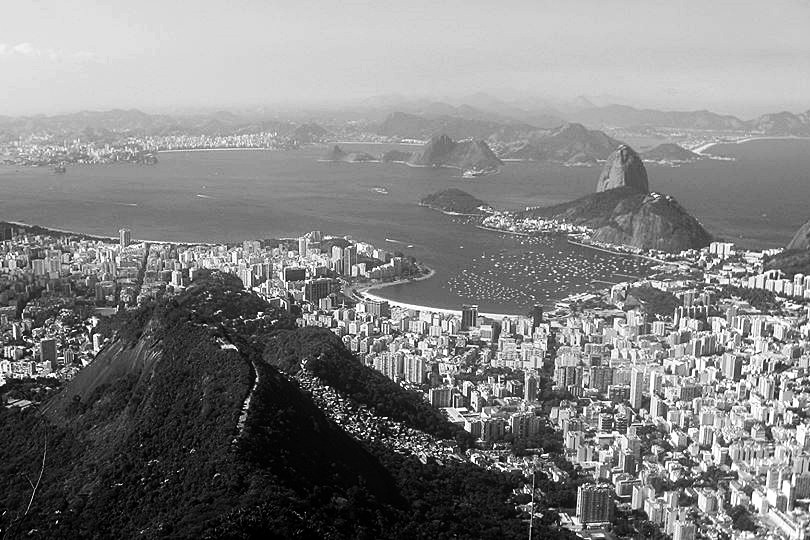 “Rio is the most beautiful city I have ever seen. … It is also the most exasperating,” wrote Canadian composer Ernest MacMillan in 1946. I suppose he felt disoriented because Rio de Janeiro danced to a different beat than Toronto, where he lived. I read his tour diary before setting off on a cultural mission of my own last year. I was hoping to see and hear the city through both his eyes and ears – as well as my own, of course – to better understand how music has been used as an instrument of diplomacy in Canadian international history.

I arrived in Brazil at the tail end of the Rio Carnival. The festive climate could barely mask the tension caused by the impeachment of ousted President Dilma Rousseff and the ascent to power of her successor Michel Temer, a controversial, pro-austerity figure embroiled in his own corruption scandals. Protests in numerous cities and a general strike followed while growing numbers of discontented Brazilians started calling for elections to end what they considered an unrepresentative government. “Fora Temer” (“Temer Out”) signs proliferated as the country’s political and economic crisis deepened, taking a toll on public universities and memory institutions.

I had to quickly adapt to local circumstances, networking and improvising on the spot as I navigated through Brazilian public and private archives. At the same time, I was familiarizing myself with the country’s rich and diverse soundscapes, making this formative research trip a cultural exchange in its own rights.

But why Brazil? Few people know this, but the first bilateral cultural agreement signed by Canada was with the South American giant in 1944. The Second World War had disrupted both countries’ ties to Europe. Canadians and Brazilians were uneasy vis-à-vis the United States’ economic and political dominance of the hemisphere. Culture, they believed, could help them get to know each other better. It could help facilitate closer economic and political relations in anticipation of a new postwar world.

Music (especially western classical music) played a central role in this cultural rapprochement. It generally required no translation and it travelled long distances over the CBC International Service’s radio airwaves. Music’s seemingly apolitical and universal qualities made it an effective instrument with which to seduce elite audiences and enhance Canada’s prestige overseas.

Concerts were the most effective means of tapping into music’s mediating potential. Cultural envoys such as MacMillan and pianist Jean Dansereau performed in Brazil in the 1940s. Brazilian music also travelled north, thanks to cultural missions by the likes of maestro Heitor Villa-Lobos who performed in Canada in 1952 and 1958. Those concerts brought individuals and groups together around the shared experience of music. They fostered people-to-people interactions that tell us much about how Canadians understood themselves and their relationship to the rest of the world.

That said, musical diplomacy is never the exclusive domain of governments. Artists and audiences have the ability to embrace, interpret, debate or resist the messages and representations conveyed through art. For that reason, my doctoral research looks at the contributions, attitudes and values of all those involved, not just government officials.

I travelled to Rio de Janeiro, Brasília and São Paulo to find out more about the Brazilian side of the story. I chose those three cities because they were politico-cultural hubs in the early years of Canada’s musical diplomacy (from the early 1940s to the late 1960s). In all three places, I found a wealth of archival documents, which complemented – and provided a necessary counterpoint to – the materials I had already unearthed in Ottawa, Montreal, Toronto, Quebec City and Halifax.

As the recipient of a Joseph Armand Bombardier Canada Graduate Scholarship, I was fortunate to secure a Michael Smith Foreign Study Supplement. This funding and a Graduate Student Mobility Award from Concordia University got me to Brazil for a productive three months of research.

Of course, I had to learn Portuguese. I took intensive language courses in Montreal and achieved a good, working grasp of the language. However, after long hours of mental exertion in the archives in Brazil, I often found myself conversing in “portufranglais” (a skillful mixture of Portuguese, French and English) to the amusement of my Brazilian colleagues.

Doing archival research is solitary work. Yet to do it well, one needs to reach out to more experienced researchers and colleagues. The help and advice I received from people in Brazil saved me precious time. I am very grateful for the collegial friendship shown to me by Brazilian scholars. The conversations we had about politics, arts and languages (not to mention their intersection) were stimulating opportunities to exchange ideas and reflect on our own status as impromptu ambassadors.

I am especially indebted to the archivists and analysts (as well as their numerous student interns) who provided me with invaluable assistance, even when resources were stretched thin. More often than not, they were my primary conexões to the cities where I was conducting research. They similarly acted as ambassadors for their institution, their city and their country.

So while the temperature was rising outside (literally and politically), I read the private correspondence of composers (Museu Villa-Lobos), listened to 1960s broadcasts (Museu da Imagem e do Som), browsed through declassified diplomatic dispatches (Arquivo Central do Itamaraty), consulted the founding documents of local orchestras (Biblioteca Alberto Nepomuceno), flipped through the pages of vintage magazines (Fundação Casa de Rui Barbosa) and much more.

Through it all, I managed to avoid trouble. While protests were happening in Rio de Janeiro’s Centro, I was photographing concert programmes in the Botafogo neighborhood. I had already left Brasília when demonstrators and security forces clashed violently at the Esplanada dos Ministérios where I walked every day on my way to the archives. The general strike of April 28 nearly stranded me in São Paulo, but it did not (my scheduled flight back to Rio de Janeiro left early the following day).

Evidently, I could not ignore what was happening around me. I listened to conversations about Brazil’s democratic past and future. I asked questions and thanked my interlocutors (from university students to archivists and taxi drivers) for sharing their viewpoints, many of which were difficult to reconcile. I was learning in and outside the archives.

If you discern some nostalgia here, perhaps even saudade, it is because I returned from this formidable experience almost a year ago to the day. It was a music-filled trip. I discovered sounds from the past in nearly every archival box that I opened. The sounds were not always audible, but they were there in the words of the people who had financed them, made them, listened to them and written about them.

What was unmistakably audible in Brazil was the buoyant music of blocos de rua, street bands who crowded the street I lived on in Rio de Janeiro at the end of Carnival, and chorões who met regularly at a nearby square to improvise throughout the evening.

I am now deeply engrossed in the writing stage of my doctoral dissertation. These echoing “soundposts” from distant and recent pasts are guiding me through this final stretch. Stay tuned for the full story.