Dozens of teams of three to six people each will assemble on the ninth floor of Concordia‘s John Molson Building on November 25 to compete in BlocHacks — a 24-hour hackathon. At a hackathon, participants are challenged to create useable computer software designed for a specific purpose, all within a short period of time.

The event was organized by the Refugee Centre, a Concordia fee-levy group, in partnership with the United Nations High Commission for Refugees (UNHCR). 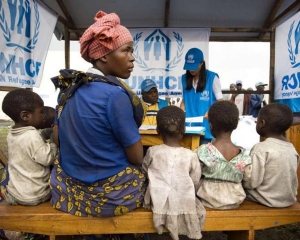 The theme of the first annual BlocHacks is refugees.

“We asked the UNHCR, ‘What is the most pressing issue you’re facing now in the field that you believe can be solved with technology?’” says Abdulla Daoud, BA (poli. sci.) 13, executive director of the Refugee Centre. “They gave us a pressing problem they’re facing now and we’re going to announce it during the hackathon. We’re then going to give teams 24 hours to fix it.”

Teams will have to use their collective knowledge and experience to come up with an effective and functional technological solution to the problem. A panel of judges will examine each team’s proposal and select the best ones.

“There will be different categories for the winners; for example, best design, best functionality and most creative use of technology, and then the best solution,” says Daoud. “For the best solution, there’s a cash prize and the team gets to be housed here at DevBloc. We actually help them create that solution — and UNHCR will be a stakeholder in that as well.”

In addition to more than $10,000 in prizes, participants will benefit from presentations by tech giants such as Google, IBM Watson, GitHub and Major League Hacking.

“We’re going to have workshops and info sessions about issues refugees are facing, where technology can help, and how students can help and get involved,” says Daoud. “We’re also going to have a game section so teams can take a breather, yoga sessions and food, of course. We want participants to have an experience.”

The Refugee Centre was launched only a year ago and it’s run by a dedicated group of Concordia students and alumni. 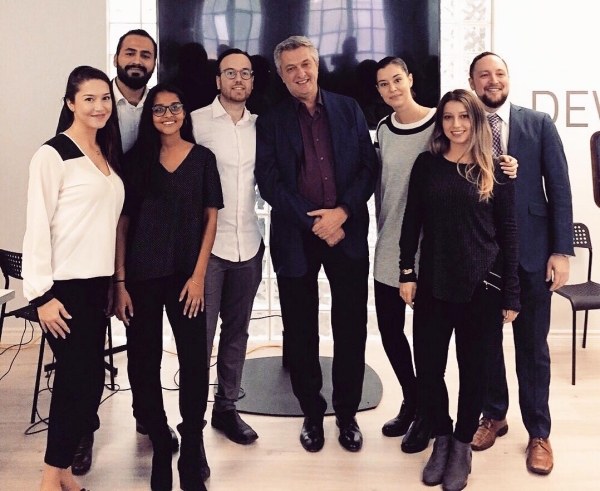 The goal of the centre is to empower refugees and immigrants socially and economically by creating jobs, promoting integration and unity, providing legal and educational resources and lobbying government to further support the existing and incoming refugee populations.

They have big plans for the future and they are already making waves.

Felippo Grandi, the United Nations High Commissioner for Refugees, recently dropped by the centre to see for himself the work that’s being done.

DevBloc Social Innovation Catalyst is a division of the Refugee Centre where staff and volunteers team up with refugees to work on tech-related projects with social innovation themes.

“The tech world and the not-for-profit world could not be further apart at the moment,” says Daoud. “There are a lot of simple tech solutions that could be implemented right now to make people’s lives so much better and so much easier.”

The upcoming hackathon is one of DevBloc’s first big projects and Daoud believes it will be the perfect coming-out party for the emerging innovation centre.

Daoud credits much of the centre’s early success to Concordia’s backing and cooperation.

“Concordia’s support from the beginning was amazing,” says Daoud. “I’m always so thankful to Concordia, because without the support of the administration, the student body, the staff and faculty, and how open and welcoming they are — none of this would have been possible.”