Hardy Grewal, BComm 83, had only $7 in his pocket when he arrived in Montreal from his native Punjab, India, in 1972. Today he is a highly successful businessman who has donated $1 million to endow scholarships at Concordia’s John Molson School of Business (JMSB).

To make ends meet as an immigrant and student, Grewal drove a taxi around the bustling streets of Montreal. Concordia’s flexibility made it possible for him to pull double duty: business classes by day, picking up commuter fares by night.

“I started at McGill, though I left because I couldn’t manage class and work at the same time,” says Grewal.

“Concordia understood my situation. They took me in. That’s why I’ve always been loyal to the university.” 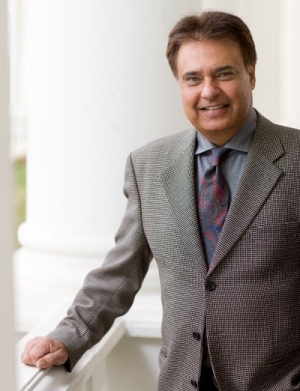 Three decades after graduating from Concordia, Grewal has achieved immense business success as the oversight of 2,100 Subway restaurant franchises in the United States and Canada. He is CEO and president of Los Angeles-based OhCal Foods — one of the largest Subway developers in North America.

Grewal’s family — including wife Patwant and his three sons — are expressing their gratitude to Concordia with a gift to create the Hardeep Grewal MBA Scholarship Endowment at JMSB, which will produce opportunities for future students.

“Concordia’s MBA program is a gold standard, in Canada and internationally,” says Concordia President Alan Shepard. “There’s a circular effect. Many JMSB graduates do incredibly well. One way they show appreciation is by supporting Concordia students, who are in turn equally successful, and it keeps perpetuating.”

“Hardy’s life was transformed through education,” says Bram Freedman, Concordia’s vice-president of Advancement and External Relations. “Such a significant gift has the capacity of creating a multiplier effect. There will be future generations of business leaders who can be traced back to this generous donation.” 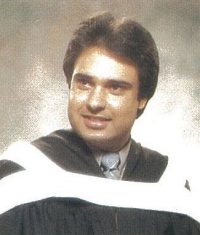 Hardy’s photo as it appeared in Concordia’s yearbook

For Grewal, doing well by his alma mater aligns with his family’s values and aspirations.

“My father and mother were farmers in India — with only elementary school learning,” he says. “Their dream for my three siblings and me was to get an education. It lasts your entire life.”

They also instilled values Grewal says have served him throughout his career: to work hard and to be honest with others.

Those qualities inform the selection criteria for Hardeep Grewal MBA Scholarship recipients. Three awardees will be chosen each year on the basis of commitment and spirit that reflect Grewal’s determination — not to mention his family’s.

Even though income was limited, Grewal’s parents — Baldev and Gurdev — saved their money to send their son to Canada. The country offers more social mobility and opportunities, says Grewal.

He left India at age 17 to join an uncle and his older brother, Gurcharan, who arrived in Canada in 1969.

“I came to Montreal and three days later I was in high school,” says Grewal. “I couldn’t speak English or French. I was terrified and didn’t want to go.”

Because of the language barrier, Grewal was too discouraged to attend class and eventually dropped out. Though it wasn’t all for nothing. He married his high school sweetheart, Patwant, in 1981.

At age 19, Grewal attended Dawson College, then located in Montreal’s Saint-Henri district. Upon graduating from Dawson, Grewal began driving for what would become Angrignon Taxi.

“There are wild stories I can tell you about my days as a cabbie,” says Grewal. Among his experiences, Grewal became an unwilling getaway driver — he was held up at gunpoint by someone fleeing the scene of a bank robbery.

Through it all, and after three years of taking class year-round, Grewal received “the gift of a Concordia education.”

“As a recent graduate I began working for an investment company in Montreal,” says Grewal. “I would see income slips of people making $120,000 a year. I thought to myself, can’t I do that?” 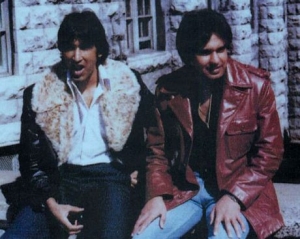 One of Grewal’s distant relatives was the owner of tech company Indus Systems in Chatsworth, Calif. Grewal was offered a job as an accountant and moved to the United States with Patwant in 1984.

“I could get a green card in part because I had a university education,” says Grewal.

The husband-and-wife duo had left most of their family and friends when they made the move.

“My wife didn’t like being away from Montreal,” says Grewal. Partly to provide Patwant with a diversion, the couple purchased their first Subway restaurant in Los Angeles, Calif., in 1989.

“The restaurant my wife was running made about $50,000 each year. That’s more than I was making at the time,” says Grewal. “So I quit my job and we put everything into purchasing more locations.”

After a few decades and three sons — named Jess, Amaran and Shawn — Grewal sold all his locations to purchase OhCal Foods. With it, he gained oversight of all franchise development in Los Angeles County and neighbouring Orange County. In 2009, Grewal bought the rights for Southwestern Ontario. Then in 2015 he added Washington, D.C., Maryland and Virginia.

“It’s hard to manage something that’s so far away,” says Grewal, who has racked up over 4 million kilometres of air travel on the job.

Thanks to that hard work, a bright, picturesque space on the fourth floor of Concordia’s John Molson Building — where students come together — has a new name.

The Hardeep (Hardy) Singh Grewal and Patwant Kaur Grewal Atrium was titled in recognition of the Concordian’s seven-figure donation.

“All students who come to Concordia hope to have an impact of some kind,” says Stéphane Brutus, interim dean of the JMSB. “The naming of spaces at the John Molson Building is a high-water mark that all can be encouraged by.”

Grewal says he was partly motivated to give for that reason: “I visited one of my sons at UCLA. It struck me that everything was named after someone. I find that very inspirational.”

He realized he wanted to do the same for his alma mater.

“I know where I came from,” says Grewal. “I’m proud to have my name attached to the school that was a building block for me.”

Grewal says it’s special for his entire family. His parents moved to California when Grewal could afford to support them.

“My father, Baldev, passed away in January at age 99,” says Grewal. “He knew what this gift meant to me as a graduate and what it says about our family’s story.”