Saturday night’s alright for… directing a music video for an Elton John single?

“I wanted to explore this world between uncanny and uplifting with the video,” says Duverneix. He worked on the project with Toronto-based creative agency Revolver Films, where he is an interactive director.

Shot in Chateauguay, Que., on December 21, 2015, the piece features gravity defying dance moves on a dim suburban road. Released on January 19, the music video has logged more than 190,000 views on YouTube.

“It was an interesting working arrangement,” says Duverneix of the circumstances that governed the video’s production. “I worked directly with Tony King, Elton’s creative consultant. Elton himself didn’t know any specifics.”

Duverneix says that King wanted to surprise John with the finished product. The British singer wasn’t even told what the concept was.

“It’s risky. Though Elton thought it was amazing — it could have gone the other way,” says Duverneix. “That would have been such a waste of effort!”

All over the map

When Duverneix isn’t being commissioned by Capitol Records to provide visual accompaniment for Sir Elton, he can be found with clientele that include civic government and Cirque du Soleil. 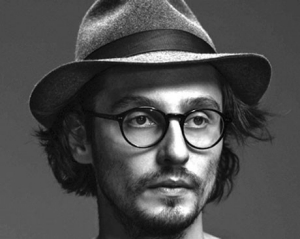 As a multimedia director at Moment Factory — an international creative media engine he joined in 2008 — Duverneix collaborated with Cirque du Soleil on the visuals for LIGHT, a nightclub in Las Vegas, Nev.

“I think of my work as a crossroads. I do classic film, multimedia installations, sometimes interactive concerts,” says Duverneix. He even directed a public service ad for the City of Montreal in 2015.

Before collaborations with both Revolver Films and Moment Factory, he oversaw his own production house. “I co-founded a creative studio called Department [Dpt.],” Duverneix says. “I left in 2014 because I didn’t want to run a business while also working on my own content.”

An education with direction

Now a Montreal resident, Duverneix is originally from Domme, a small village in southwestern France. As a student at the European School of Visual Arts in France, a Quebec teacher gave him a piece of advice: check out universities in Montreal.

“I wanted to learn English, and Concordia was the best fit,” says Duverneix, who also studied computer science in his home country.

He says the transition between Concordia and co-founding Dpt. was an organic one. His studies in Digital Technologies in Design Art Practice at the university aligned with the avant-garde avenue he had envisioned.

“I was working out of Hexagram-Concordia and at the Obx Laboratory for Experimental Media with Jason Lewis,” says Duverneix, referring to the professor in Concordia’s Department of Design and Computation Arts.

“My time at Concordia was great.”