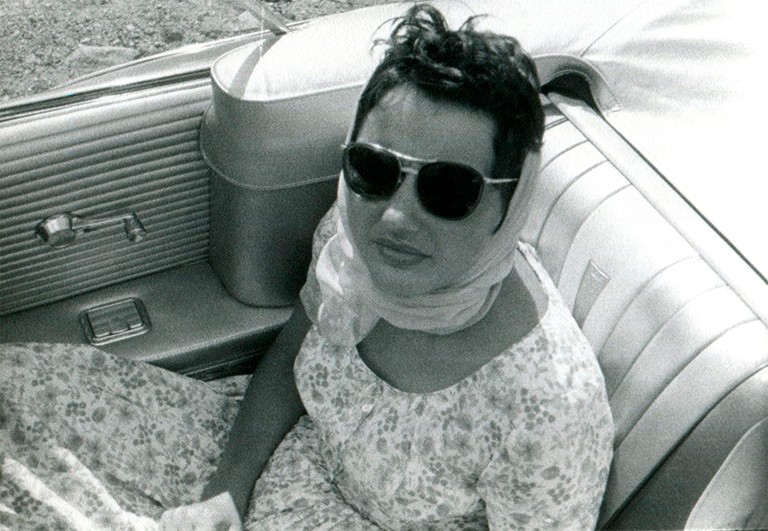 Helen Bambic-Workman (BFA 79, MFA 86), a Concordia audiovisual department staff member from the mid-1970s until her retirement in 1995, died in Victoria, British Columbia, on January 31. She was the creator of MITE AVISTA, the university’s groundbreaking multimedia lab that provided a range of students and staff access to burgeoning technology from 1989 to 2003.

Helen Bambic-Workman took her last breath at 10:40 p.m. PST on January 31 — less than an hour into the Lunar New Year, the Year of the Tiger. Helen was a bright spark and a techno matriarch. She will be deeply missed.

Helen was born on June 22, 1935, in Kirkland Lake, Ontario, and her family soon moved to Val‑d’Or, Quebec. At 18, she came to Montreal to study nursing at McGill University and trained at the Royal Victoria Hospital. Helen completed her coursework but was denied certification when she became pregnant. She and her classmates made enough trouble that this policy was revoked the following year.

Helen married in 1955, had four children and, like many women of her generation, stayed home to raise them. Wanting more, she divorced, and at 40, enrolled in Concordia’s Cinema program. After graduating with a BFA in Cinema Production in 1979, she was hired to run the university’s AVISTA (Audio‑Visual In‑Service Teaching Area), while continuing her studies at night.

By 1989, Helen had been running AVISTA for 10 years and had earned a master’s in educational technology. She loved her job and felt privileged to provide students with the best media production tools available.

Helen purchased an Amiga 1000 computer in December 1988. AVISTA now had a state-of-the-art tool that allowed users to, among other things, create professional-looking video titles, make 2D animations on an amazing paint program and digitize images to bring graphics, photos and maps into the computer; all these elements could be processed and then transferred back onto videotape. 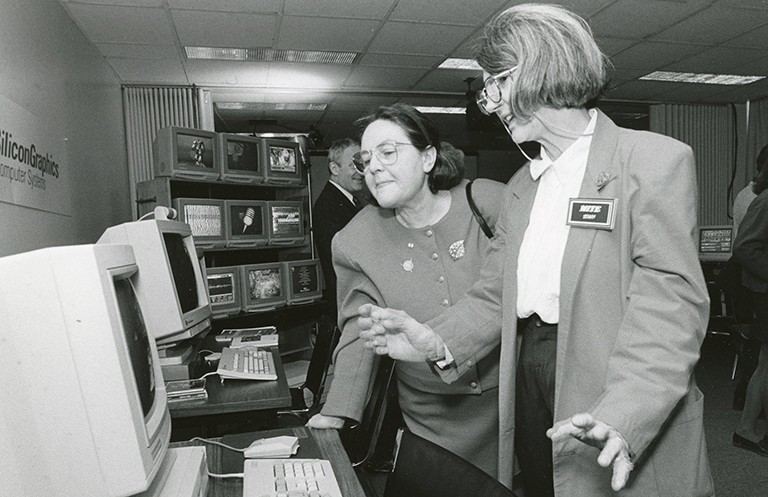 Helen and her AVISTA colleagues Pamela Burns and Stefan Buchholz (BCSc 91) dreamed up the model for the MITE (Media Integrated Technology Environment) Lab — a kind of technology playground for students across the university, dubbed “the mighty lab” by those who worked there.

Helen encouraged her team —whom she called MITE “mavens” — to be imaginative, independent, focused and curious. The MITE Lab, on the Henry F. Hall Building’s mysterious third floor, was a place where students and faculty from any discipline could hone their skills and share what they’d learned with each other. Helen and her mavens developed hands‑on workshops to facilitate the learning of multimedia production tools — the Video Toaster and 3D-animation classes were particularly popular.

Concordia’s landmark Women and the Fine Arts course introduced students to the works of pioneering women video artists and encouraged them to create their own videos at the MITE Lab. It was this class that led Deborah VanSlet (BA 03), now a veteran videographer and storyteller, and me to the lab — and it changed the direction of our creative lives.

Helen made it clear to all the young women who dared to walk in the door that there was a place for them here. She empowered us and made it feel like anything was possible.

In 1995, Helen retired. In 1999, she was featured in Oh Mother!, a documentary that takes an intimate look at three generations of mothers, directed by me and fellow MITE maven Sandra Dametto (BA 94, MA 01). It was broadcast on the Women’s Television Network (WTN) on Mothers’ Day.

The MITE Lab closed in 2003 but its impact is still being felt by the students and staff who began exploring multimedia technology there — many of whom have continued to work, create and innovate in this domain.

After living full‑time at her magnificent property in the Eastern Townships, Quebec, in 2001 Helen moved to Victoria to be near her children. She is mourned by the four of them — and all her MITE family.

Learn more about Concordia’s Educational Technology program and how Concordia provides support in times of need.