Father John, as he was known, had been involved with many local causes, including the Nazareth Community, which supports those combatting health issues, homelessness and addictions. A third Nazareth Community home, named John’s House in his honour, opened in Montreal in early November. 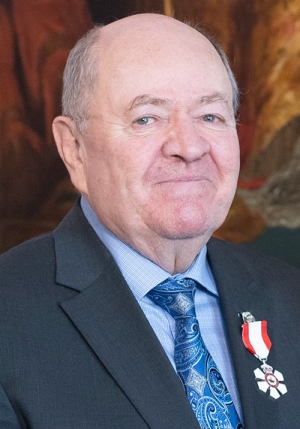 ‘He had the capacity to make connections’

In fall 2019, Father John began his PhD in Concordia’s Individualized Program (INDI). He wanted to focus his studies on the relevance of Pope Francis’s Pastoral Theology for the 21st century.

He had already taken three courses in our department and was currently taking a fourth, one that I was teaching, the master’s-level THEO 603 Method in Theology, with adjustment for his doctoral-level status. As a student, Father John was intensely interested in what he was learning. He had the capacity to make connections — that was a real strength.

The students in the course were shocked when they learned that Father John had died. We spent a few moments at the beginning of class to remember him, lit a candle and had a minute of silence in his memory. I could feel the loss of energy among us all as we continued after.

While still a parish priest in the 1990s, Father John decided to pursue his doctorate in biblical studies at Université de Montréal but had to drop the program because of the many demands on him at that time. The fact that he decided to start again in his late 70s is impressive. He was truly a life-long learner.

‘He knew how to enjoy life’

Father John was an important presence in interreligious dialogue in Montreal, building bridges — a good way to describe his work — between the Jewish, Muslim and Christian faith traditions. When he was episcopal vicar for Longueuil, Quebec, he played a role in the Catholic Church in Kahnawake, helping the Mohawk members of that congregation indigenize their church.

Also, importantly, he knew how to enjoy life. I remember a few times being at dinner with Father John at the apartment of Gregory Baum (LLD 02), former McGill University religious studies professor. I was always impressed with Father John’s sense of humour — but, even more, with his great taste in red wine!

In early November, his last time with our class, he asked if he could have time for an advertisement. How could I say no? He invited us all to a virtual fundraising event on November 5, to mark the opening of John’s House, for which he was very excited.

When the class next met, it was hard for us to believe that it was just one week earlier that Father John had made the announcement.

Although Father John was known for his many accomplishments and attributes and his desire to contribute to an understanding of how the Catholic Church addressed 21st-century challenges, there is one story I believe truly demonstrates his genuine care for others.

One of the students in our class, who Father John had come to know, recently broke up with his partner. The student was surprised one evening a couple of weeks ago to receive a call from Father John, who asked how he was, given what he was going through.

That small but meaningful gesture of kindness reveals the heart of this kind and generous human being.