MTLTrajet: an app with street smarts 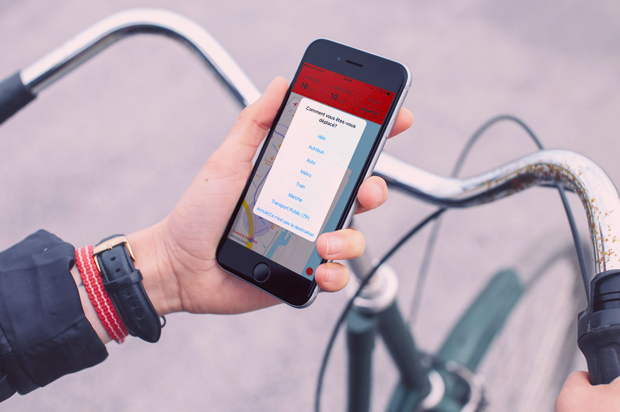 Zachary Patterson: “It’s a potentially effective tool because almost everyone carries around smartphones that know where they are, which can collect crucial transportation data."

How often do you stop and think about how you get around the city every day?

Concordia professor Zachary Patterson is teaming up with the City of Montreal to launch MTLTrajet, a mobile app that will help the city learn more about how its citizens navigate from point A to point B.

“I wanted to be able to undertake transportation and land-use research using emerging data sources,” says Patterson, an associate professor of geography, planning and environment in the Faculty of Arts and Science. “However, getting ahold of this kind of data proved difficult. So, using smartphones, I developed an app to collect my own data.”

The app initially launched as DataMobile, a 2014 pilot project. Close to 900 people downloaded the app, which prompted them to take part in a survey before it recorded their trips throughout the day using their smartphone.

Developed at Concordia’s TRIP Lab, the app asked users for information such as their purpose of travel and chosen mode of transport.

“Its purpose was to test how well we can use smartphones to collect travel data for transportation planning purposes,” says Patterson.

The app proved popular, and was used in studies as far away as Ghana. Closer to home, it will be used in five Canadian cities — Vancouver, Edmonton, Toronto, Montreal and Halifax — as part of this fall's Canada Food Study.

The City of Montreal became interested when Patterson was a mentor at MTL Cycle Challenge (MCC), an initiative designed to improve cycling in the city by using data sets to create urban mobility solutions.

At MCC, Patterson discussed the DataMobile project with representatives from the city's transport department and the Montréal, Smart City initiative.

“The city is very enthusiastic about the adoption of new technologies in transport-related data collection,” says Patterson. After he was invited to give a presentation on DataMobile for city officials, they asked him to use it as the basis of MTLTrajet.

In advance of its October 17 launch, the app is already generating plenty of buzz, on the streets and at City Hall. “It has been great working with the city,” says Patterson.

How will the results help advance Patterson’s research?

MTLTrajet will help Patterson and other researchers “figure out how to convert mere data to information.”

“It’s a potentially effective tool because almost everyone carries around smartphones that know where they are, which can collect crucial transportation data,” says Patterson.

He emphasizes the app’s data collection is transparent. “The process is completely overt, so that respondents will know what data is being collected from them.”

In the long term, Patterson’s goal is to gather enough data to develop algorithms that will make it unnecessary to have any user input at all. Additional studies are already being planned by the University of Toronto, the Institut national de recherche scientifique’s Montreal office, the Agence métropolitaine de transport, BIXI, the STM and the Quebec Ministry of Transport. A travel survey collection effort is also being developed in Lahore, Pakistan.

So, if you’ve spent your summer playing Pokémon GO and are craving a new smartphone pastime while out and about, MTLTrajet may just be your new fall fix.

“They both operate on smartphones and keep track of the location of the phone,” admits Patterson. “But it is different, in that it's not a game — and uses less battery, I hope!”