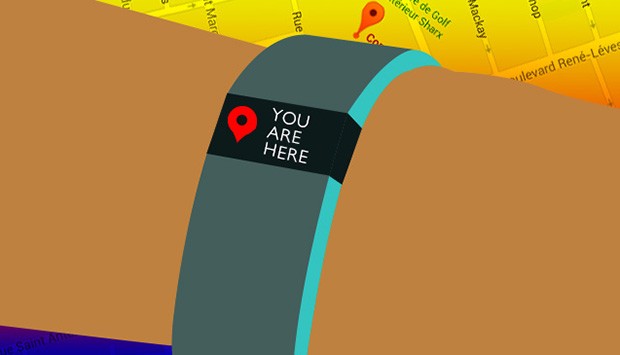 Organizer Andrew MacLean: "The beauty of the internet is that it's all about participation and engagement, and we really want to see that idea reflected in the conference."

Is the internet an empowering tool, or a platform that gives governments unprecedented access to our private information?

Graduate students from Concordia’s Department of Sociology and Anthology are organizing a one-day, public conference on Friday, October 30, to delve into how this and other tech topics relate to their work.

Andrew MacLean, one of the lead organizers of Brave New Worlds: Sociology and Anthropology in the Digital Age, says the title — a reference to Aldous Huxley's famous 1932 novel — was picked to underscore this tension, which is at the heart of the research topics he and fellow academics are pursuing.

“There is this opposing mentality about the internet,” he says. “Some people think it's a really beneficial thing, that digital technology can be really empowering, while others see it as increasing surveillance and giving states more insight into our day-to-day lives.”

MacLean thinks both positions have merit. “We kind of want to play on that binary – is this a new opportunity, a new world that's emerging? Or are we realizing that dystopian future [Huxley] imagined?”

The conference will explore this duality with a keynote lecture and two round-table discussions highlighting the work of graduate students in the Department of Sociology and Anthropology.

Internet researcher Fenwick McKelvey, an assistant professor in Concordia's Department of Communication Studies, will address the topic of network neutrality, the principle that all web traffic should be treated equally.

The conference organizers want to kickstart critical thinking and conversations on these issues both within the department and throughout the broader university community. They hope to grow the event into an annual discussion that unites digital researchers from other disciplines and universities.

“The beauty of the internet is it's all about participation and engagement, and we really want to see that idea reflected in the conference,” MacLean says.

Learning to love data, lots of it

The meeting will also serve as a chance for sociologists and anthropologists to learn more about the essential role that applications such as Twitter, Facebook and Reddit play in the day-to-day lives of the cultures and societies academics study, and give those researchers methodological approaches to analyze these apps’ impact on those communities.

“We spend so much of our lives online now, and to ignore that as sociologists would be a mistake,” says Jessica Percy-Campbell, one of the graduate students who will be presenting her work at the conference.

Through her research data-mining hashtags used by social movements, in particular #Ferguson — the hashtag sparked by the fatal police shooting of an unarmed black teenager in Ferguson, Missouri, in August 2014 — Percy-Campbell wants to help sociologists get more comfortable with software designed to map group dynamics on social media.

Traditionally, Percy-Campbell says, sociologists have had a lot of trouble analyzing social media data because they don't necessarily have the technical skills, a computer science background, or the resources and funding to afford the necessary programs.

These concerns led sociologists to develop the open-source software NodeXL, which is central to Percy-Campbell's research. She has used it to map aspects of the story as it evolved on Twitter, such as where people were getting their information and the principal “nodes” or sources of that information.

“Without this kind of software, you'd be lost,” she says. “NodeXL gives you an aerial view of the crowd and identifies the various voices in that crowd and their influence on the story. You're able to see a huge difference in opinion and information based on what media they've consumed, whether it’s mainstream media or crowd-sourced news like videos taken on the ground by participants.”

The conference is free and open to the public. If you're interested in attending, RSVP with Fergus Gleeson at conference.bravenewworlds@gmail.com

Find out more about graduate studies in the Department of Sociology and Anthropology.