A stiff upper lip makes sense to your baby 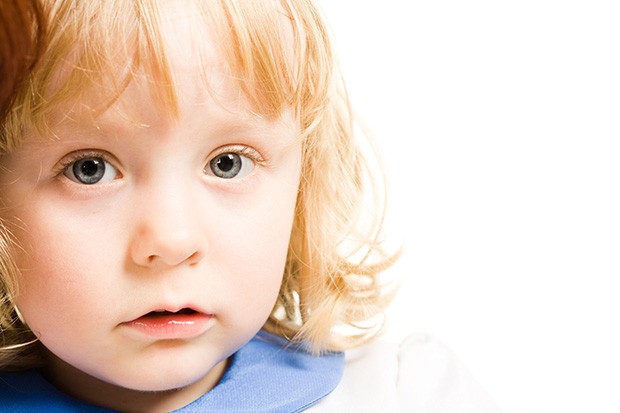 When you’re one and a half years old, having your favourite ball taken away is likely to result in a temper tantrum. But while babies wear their feelings on the sleeves of their onesies, adults often mask their emotions, responding to life’s disappointments with stoic reserve.

While you might think that witnessing such reactions would confuse toddlers and lead them to believe emotionally reserved adults aren’t being honest  — so by extension are untrustworthy to begin with — new research shows that they actually do understand that a stiff upper lip can be appropriate in certain situations.

In a study recently published in the journal Infant Behavior and Development, Concordia psychology researchers showed 71 18-month-old toddlers a series of events during which an actor had an object stolen from her. In one scenario, infants then saw the actor display sadness while in the other she remained neutral. Afterwards, the infants interacted with the actor in several basic tasks.

“Because our research subjects can’t yet speak to us in full sentences, we monitor their eye movements and look for non-verbal reactions,” says lead author Sabrina Chiarella, who recently completed her PhD in psychology at Concordia. “We saw infants in both groups spend an equal amount of time looking at the scene and engaging in similar levels of hypothesis testing —looking back and forth between the actor’s face and empty hand and back to their parents to make sure everything was okay.”

“It seems toddlers are willing to give stoic people the benefit of the doubt,” suggests Chiarella. “They understand that sadness is the more appropriate reaction but also that a neutral response doesn’t necessarily mean a person is untrustworthy.”

The experiment confirms that, at 18 months, infants consider a neutral expression just as appropriate as a sad expression following a negative experience. And because the infants showed greater empathy towards those who expressed sadness, the study further demonstrated that toddlers are sensitive to the significance of emotional expressions following negative events.

“Because others’ behaviours can often be explained through their emotional expressions, understanding those expressions is critical in early development,” says senior author and Concordia psychology professor, Diane Poulin-Dubois. “Our research has helped confirm that children at a young age do not consider a lack of emotional reaction as unjustified. This, in turn means they will be able to build trusting relationships with those who are less emotionally expressive in  a negative situation.”

So parents can relax: there’s no need to throw a temper tantrum next time you lose your keys. Your toddler will still trust you, even if you choose to grin and bear it.

Partners in research: This study was supported by the Social Sciences and Humanities Research Council of Canada, in the form of a research grant to Diane Poulin-Dubois and a graduate fellowship to Sabrina Chiarella.

Find out about graduate programs in Concordia’s Department of Psychology.