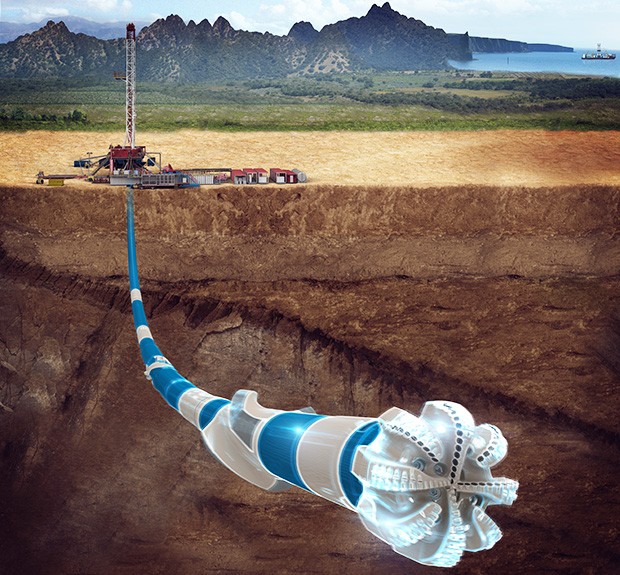 In a bid to be more environmentally friendly, energy companies around the world are now extracting oil and natural gas through a technique called directional drilling.

Instead of drilling a hole vertically, companies position the wellhead away from the well, sometimes even kilometres apart.

While the new method of drilling is quieter and less harmful to the environment than traditional techniques, it has its challenges. If the giant drill bits can’t stand up to the pressure of approaching at an angle and at a long distance, it can lead to equipment failure.

Luckily, a Concordia University researcher is working on a solution that promises to save the industry time and money.

With funding from the Natural Sciences and Engineering Research Council – Collaborative Research and Development program (NSERC – CRD), Javad Dargahi, a professor in the Department of Mechanical and Industrial Engineering, along with his PhD student Siamak Arbatani and colleagues, are working to develop a simulation software that will help designers test drilling equipment before subjecting it to the rigours of the field.

“We have shown that we can calculate load and stress for drills,” says Dargahi, who is collaborating on the project with the Alberta-based company Dreco Energy Services.

“This information can feed into better design, which, in turn, will benefit the industry in a big way. With our software, we estimate we can save up to $300,000 on average for each drilling motor and reduce the risk of design failure by 50 per cent in the design process. Overall, these could represent millions in savings for any given company.”

This project capitalizes on a field of research that Dargahi has applied primarily to the health sciences. What do open-heart surgery and drilling for oil have in common? Both entail smart mechanical design.

Dargahi is one of Canada’s leading experts in the development of tactile sensors and feedback systems — think of machines that can “feel.” He has previously collaborated with medical professionals by applying a concept called haptic feedback, which involves collecting tactile information, such as texture and hardness, and kinesthetic information about certain forces from the limbs, and then playing this back to a heart surgeon, for example.

“I’m excited to use my expertise in haptic feedback to help solve this particularly complex set of problems,” says Dargahi. “With my colleagues at Dreco and NSERC, I think we can reduce waste, save money and make the energy industry safer.”