There’s still time to give to Centraide 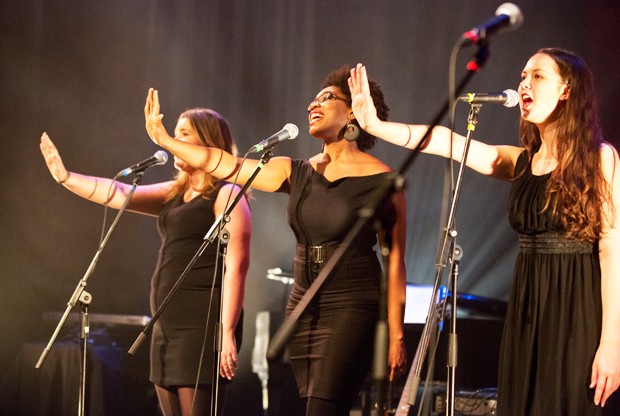 The Concordia’s Got Talent fundraising concert, held on November 12 in the D. B. Clarke Theatre, raised $2,000 for Centraide. | Photo by Concordia University

“Each gift, no matter how large or small, is appreciated,” he says, adding that a small payroll deduction, made through the personalized link emailed to each member of the university’s staff and faculty, is the easiest way to support the campaign.

If a lot of people at the university commit to donating a small amount via their paycheques every two weeks, it adds up fast, he says. “We’re looking for higher participation to help us reach this year’s goal of  $195,0000.”

Concordia’s campaign is part of the larger Centraide of Greater Montreal campaign, which aims to raise $57 million this year. The money raised is distributed among 362 community agencies that help support one person in seven in the region.

Every year, a number of different events are held on campus to support the university campaign, including bake sales and pasta lunches.

This year, Concordia’s Got Talent, a special fundraising concert held on November 12, raised $2,000 for the campaign. Staff and student musicians played an eclectic mix of pop, folk, rock, opera, Motown, R&B, contemporary and island music, to an appreciative audience of 160 people in the D. B. Clarke Theatre. Andrew Woodall, dean of students, emceed the event.

Although the campaign officially closes on Friday, November 21, a thank-you event, hosted by Alan Shepard, president of Concordia, will be held the following Friday, November 28, at 4 p.m. in the atrium of the J. W. McConnell Building (LB). Coffee and cake will be served, and the president will announce the raffle and 50/50 prizewinners.

Raffle tickets can be purchased by contacting andrea.renaud@concordia.ca. Prizes include a 50” television, a deluxe Nespresso machine and a tablet computer.

Read about the 40-year history of Concordia’s Centraide Campaign.