New dean of Faculty of Arts and Science appointed

Concordia’s Faculty of Arts and Science will welcome André Roy as its new dean on August 1, 2014. His five-year appointment was confirmed by the Board of Governors on April 16.

“I am very pleased to announce that André Roy will be joining Concordia. He is an award-winning teacher, a leading scientist who has held a Tier I Canada Research Chair, and a very experienced academic leader. We are fortunate to have attracted such an accomplished and respected dean for our Faculty of Arts and Science,” says Benoit-Antoine Bacon, provost and vice-president of academic affairs, who chaired the search committee.

He adds that Roy’s leadership experience in sustainability and the environment will be invaluable to the university as it looks to further emphasize sustainability in its courses and research on campus.

Roy returns to Montreal after serving as dean of the Faculty of Environment at the University of Waterloo since 2011.

While at Waterloo, he played a leading role in the rapid growth and increased research productivity of his faculty. 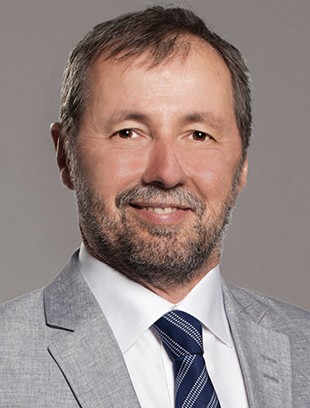 André Roy’s leadership experience will be invaluable as he takes the helm of the Faculty of Arts and Science.

“I Iook forward to working with Concordia’s many talented and accomplished professors, and to leading the further development of innovative academic programs that will equip students to succeed in their careers and in their civic engagement,” he says.

Roy has published well over 100 papers in international journals, and he remains a very active member of the scientific community. He was the Canada Research Chair (Tier I) in fluvial dynamics at the Université de Montréal from 2003 to 2011.

He has been recognized for excellence in research and teaching with many distinctions and awards. These include the 2012 Queen Elizabeth Diamond Jubilee Medal, the 2012 Prix Michel Jurdant awarded by the Association francophone pour le savoir and the 2008 Award for Scholarly Distinction in Geography from the Canadian Association of Geographers. He was also the recipient of the Excellence in Teaching Geography Award from the Canadian Association of Geographers in 1999, and the Excellence in Teaching Award from the Université de Montréal in 1996 and 1992.