5 Days for the Homeless is back 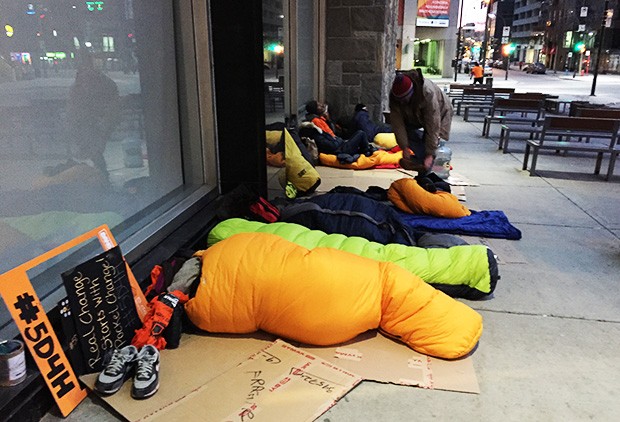 Beginning March 12, students and volunteers, organized by the Commerce and Administration Students Association (CASA) of the John Molson School of Business (JMSB), will be sleeping in the streets in support of 5 Days for the Homeless, a nation-wide initiative aimed at raising awareness of the issue of homelessness.

This marks the tenth consecutive year that Concordia students participate in the initiative. Josh Redler, a JMSB alumnus, brought the campiagn here in 2007. "Thanks in part to the amazing publicity we received, Montrealers from all walks of life made sure we were fed and cared for with kindness and donations. We raised $42,000 that year."

This year, the national campaign hopes to raise $250,000 to support different community organizations. Proceeds from the Concordia 5 Days for the Homeless campaign will benefit Dans La Rue, which helps at-risk teens, and Chez Doris, a day shelter for women.

The campaign will run until March 17.