Outside the Venetian Garden of Eden 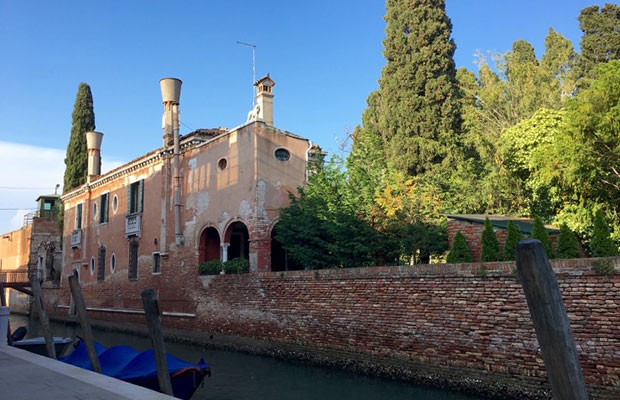 Extrerior of the Garden of Eden in Venice, Cynthia Hammond, May 2017

The Venice Biennale, one of the world’s largest art events, is in full swing. As the island city teems with artists, art pops up everywhere, both in and out of the Biennale grounds.

Three Concordia fine arts faculty – Cynthia Hammond, Kathleen Vaughan and Kelly Thompson – are busy implementing an art project on the Venetian island of Giudecca from the 15th to the 22nd of May, 2017.

Once the site of agrarian land use, prisons and heavy industry, the island is off the main tourist track. It is, however, home to Venice’s second largest private garden space after the Biennale itself: the Giardino dell’Eden. The ‘Garden of Eden’ was an English curiosity in this Italian city – and currently the subject of a mystery.

Purchased by Frederic Eden in 1884, the garden was curated by his wife Caroline (sister to the famed 20th-century garden designer, Gertude Jekyll) and became a celebrated stop for artists and expatriates for nearly a century.

Now for the mystery: virtually no one has seen the famous garden in decades, after the artist Friedensreich Hundertwasser purchased it in 1979 and locked its doors to visitors, hoping to encourage a protected wilderness.

“To my knowledge, we are the only artists who have become interested in the garden and its many histories during this Biennale,” says Cynthia Hammond.

Hammond, Vaughan and Thompson submitted a proposal asking for access the garden, but were turned down by the foundation that manages it.

“Our original dream had been to simply unlock the garden for the day, to make it public,” says Hammond. “But the foundation wants to respect Hundertwasser’s wishes.” 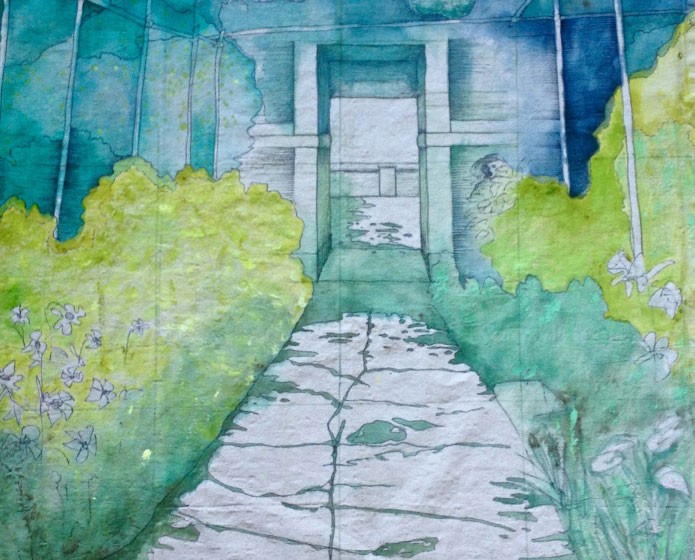 In lieu of access, the artists plan to use art as a threshold to the forbidden space.

“We’d love to scale the walls and get in, but we do not want to break the law! Our art practices are all about finding other ways to make the garden public.”

Hammond will paint watercolours of the garden, positioning herself as close to the garden’s high walls as possible.

“I want to encourage people to stop and ask why I am painting something I can’t see. The watercolours play with the old idea of plein air painting, but are a platform for connection.”

Kathleen Vaughan makes textile maps of places with a strong relation to water. She will be preparing a textile map of the garden and the island.

Kelly Thompson will use her knowledge of nautical knots to temporarily mark space and construct a playful rope ladder that might be used to get into the garden.

“We obviously won’t be using it to do that,” says Hammond. “She will make the rope as a way to engage with passersby and to talk with people about what’s inside.”

“We would love to talk to the people who live near the garden. They may not be able to enter it, but they might smell and hear. We want to collect those embodied stories.” 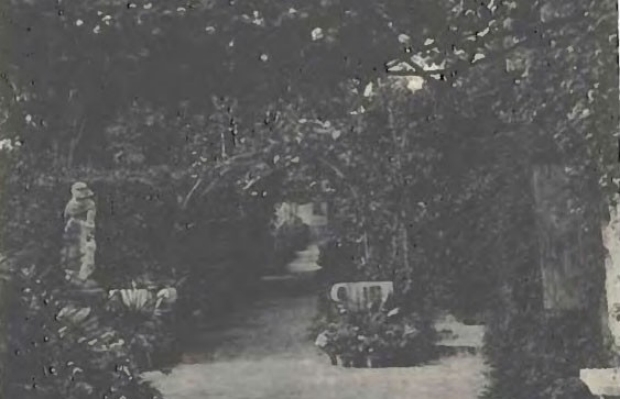 One of the source images for the series, from the book, A Garden in Venice, by Frederick Eden (1903).

Their project examines urban landscapes, considering the garden as a story of women’s history and garden design, set in a syncretic space that combines English sensibilities and Venetian realities, but which has ironically been cut off from the public by an artist.

For their Giardino dell’Eden project, Hammond, Thompson and Vaughan are working in partnership with Montreal’s Studio XX and Concordia’s Sensory Studies Centre. They will produce a follow up exhibition in Montreal to show the more sustained practice – paintings, printed textiles, maps, projections, and knotted ropes.

“This project is all about the tension between inside and outside, visibility and invisibility. The garden is located at the outside edge of Venice, and our project is taking place on the margins of the Biennale. But what we want to show is how, through historical research, new technologies, sensory imagination, and creative strategies, one can still ‘enter’ the garden of Eden.”

Cynthia Hammond's blog on the Garden of Eden