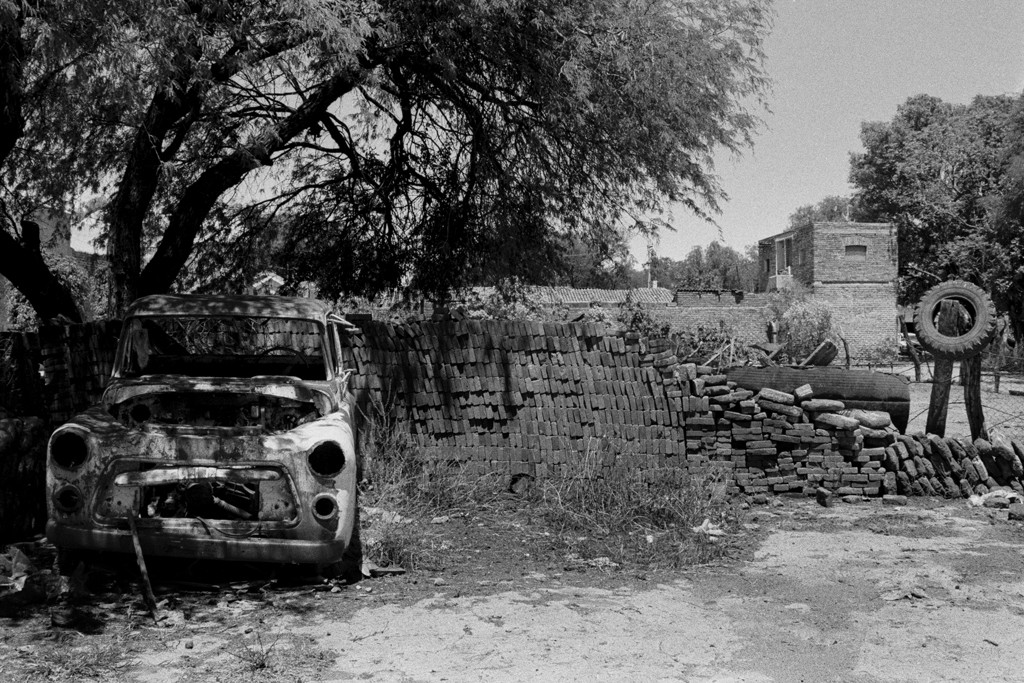 Concordia Remembers is an annual exhibition hosted by the Faculty of Fine Art Gallery (FOFA) in the month of November. The initiative seeks to offer a vision of peace, is a call to thoughtful engagement, an invitation to consider the role of memorial through image.

Victor Arroyo is a Mexican-Canadian media artist whose research and practice engages with the disappearance of personal and collective memory and how, through political and activist art, new configurations of memory can be re-instituted.

The image titled Crisis is a reflection on the Mexican crisis of 1994, a socio-political upheaval sparked by the Mexican government's sudden devaluation of Mexico's national currency in December 1994, coinciding with the North American Free Trade Agreement and the uprising of the EZLN.

“Mexico had changed, and my photograph is just one of many possible representations. It's not the result of a conscious impulse to document the Mexican social crisis, rather a subjective reflection on the micro-social consequences of this crisis. This photograph, in a sense, is against hegemonic representations of the Mexican crisis in 1994, opening the space to alternative rhetoric and rituals against forgetting. This photograph is my personal memorial to the 1994 Mexican crisis, functioning symbolically as a public memorial to this crisis, with the intention to broaden the debate on historical authorship."

The FOFA Gallery gratefully acknowledges the support of Concordia University's Office of the President and Vice-Chancellor.

Victor Arroyo is an artist, researcher and social activist working with experimental and documentary practices in video and installation art. His work is concerned with the changing nature of revolutionary praxis, or what is often referred to as political and activist art. Arroyo is also interested in material culture, landscape and identity through the critical lens of postmodern geography, specifically notions of discursive diasporas, geographies of exclusion and structural violence. His research and practice engages with the disappearance of personal and collective memory and how, through political and activist art, novel configurations of memory can be re-instituted. Arroyo is currently completing his doctorate studies at Concordia University.