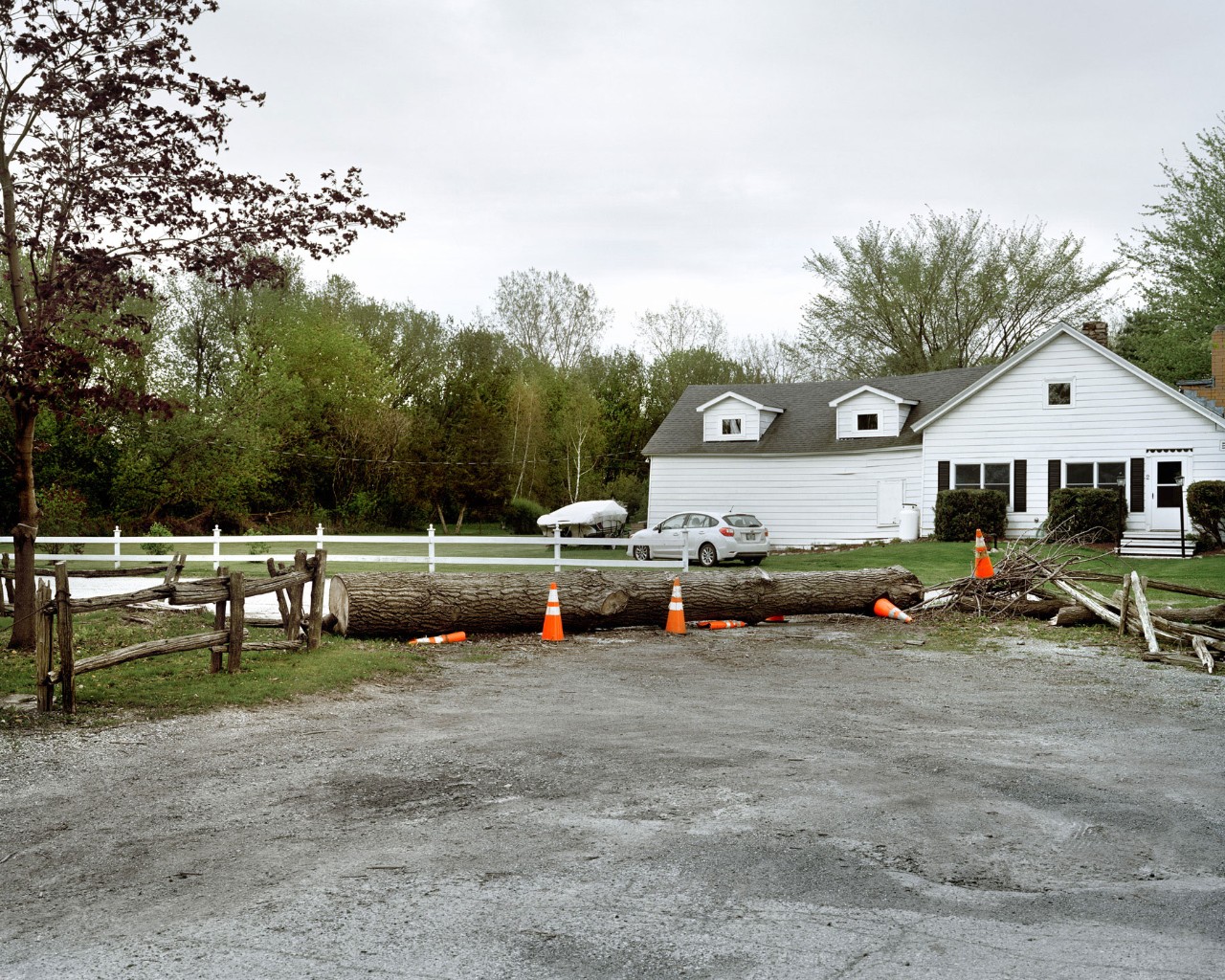 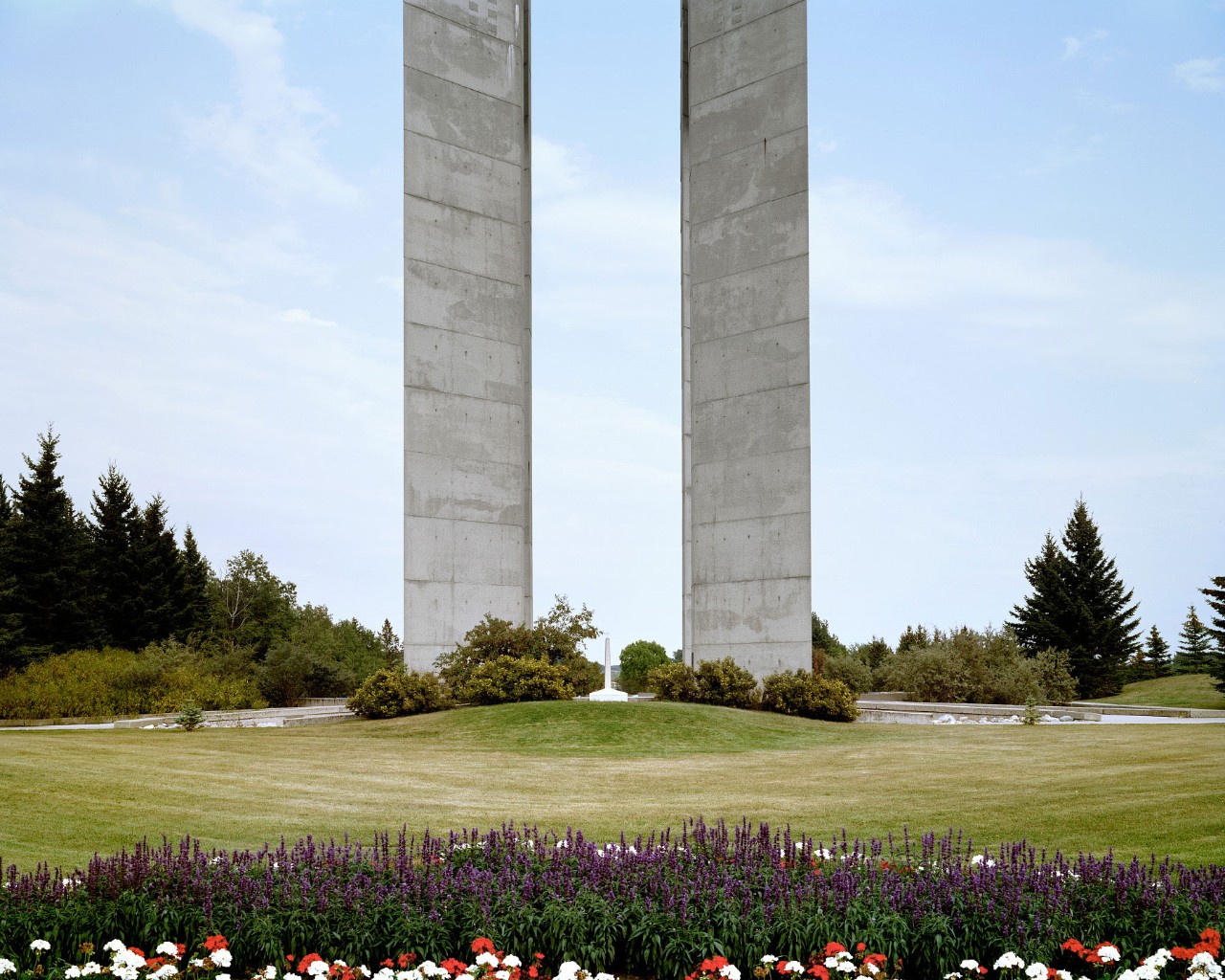 The border between Canada and the United States is the worldʼs longest shared land boundary. Stretching 8,891 kilometres from Tsawwassen, British Columbia to Campobello, New Brunswick (including 2,475 kilometres shared with Alaska), this line travels between town sites and wilderness, and is visibly demarcated by a six-metre-wide swath of cleared land amongst the forest, and over 5,500 granite, steel, or concrete obelisks called ʻmonumentsʼ.

Once referred to as ‘undefended’, Borderline presents a post-9/11 glimpse into a landscape surveilled by subtle technologies consisting of barriers, gates, X-ray scanners, and other forms of reconnaissance, where humans are discouraged from lingering. Paradoxically, this is also a vast territory, which is arguably impossible to fully control.

The images in this exhibition depict idiosyncratic, and at times absurd infrastructure, which delineate the line between these two nations. These photographs of often unintentionally sculptural constructions are presented alongside research materials and archival documents that detail the history of defining this boundary, and provide a glimpse into possible futures along the divide.

Andreas Rutkauskas is an interprovincial artist whose work has been part of exhibitions at oslo8 contemporary photography in Basel, Gallery 400 in Chicago, The Judith and Norman Alix Art Gallery in Sarnia, TRUCK Contemporary Art in Calgary, and The Foreman Art Gallery in Lennoxville. His project Virtually There was featured in the 14th edition of Le Mois de la Photo à Montréal. Rutkauskas’ work has appeared in publications including Ciel Variable, ARTnews, and Canadian Art, and he has received grants from the Conseil des arts et des lettres du Québec, and the Canada Council for the Arts. Andreas currently lives in the Rocky Mountains and works as the photography facilitator at The Banff Centre.