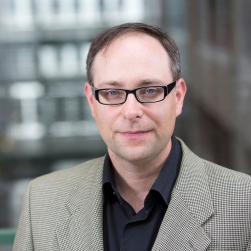 Prof. Louis Patrick Leroux is a Professor and Associate Dean of Graduate Studies, Faculty of Arts and Science at Concordia University, Montreal. He is also a playwright and director.

Dr. Leroux is the Founding Director of the Montreal Working Group on Circus Research and is a regular international speaker. In 2017, he was elected to the Royal Society of Canada’s College of New Scholars, Artists and Scientists.

He has been teaching circus and performing arts history at the National Circus School for seven years and hosts an annual international graduate summer seminar in circus studies at Concordia University. 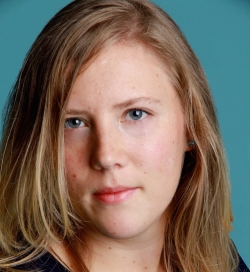 Alison Bowie is a PhD in Humanities candidate at Concordia University focusing on the intersections between Québec theatre history, translation, and memory studies. She investigates how memory is transformed through the act of translation for the stage under the supervision of Dr. Louis Patrick Leroux. Alison’s research is being funded by the Fonds de recherches du Québec – Société et culture and by the Faculty of Arts & Science at Concordia University. She achieved her Masters of Fine Arts degree in Dramaturgy from the University of Massachusetts Amherst (USA) and her Bachelor of Arts degree in History from Queen’s University.

Back to Circus and Invention