OCT 14-16: The hybrid conference will coordinate new technologies and skills within synthetic biology and biotech communities worldwide
|
By Candice Pye

An upcoming event at Concordia will bring together leading synthetic biology biofoundries from around the world to explore opportunities for collaboration, exchange knowledge and discuss the variety of projects being developed by each group.

The university is hosting the Global BioFoundries Alliance Meeting 2022 from October 14 to 16 at the Loyola Jesuit Hall and Conference Centre (RF Building) and virtually.

“Like with any emerging technologies, there is value in sharing knowledge not only to speed up development, but also to ensure that some standards and best practices are adopted,” says Vincent Martin, the Concordia University Research Chair in Microbial Engineering and Synthetic Biology and founder and co-director of the Concordia Centre for Applied Synthetic Biology.

“This ensures broader adoption, higher quality and reproducibility of the work.” 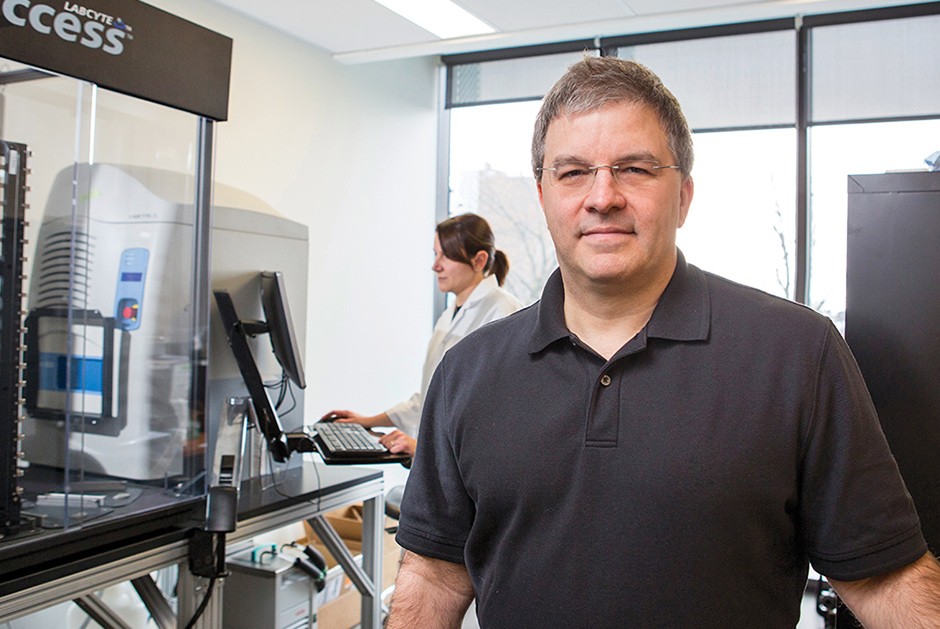 Concordia’s Genome Foundry — which was the first Canadian laboratory of its kind when it opened in 2018 — is one of the 15 founding institutions of the Global BioFoundries Alliance. The international community collective of publicly funded biofoundries was established in 2019 to coordinate activities worldwide.

Biofoundries provide an integrated infrastructure to enable the rapid design, construction and testing of genetically reprogrammed cells for biotechnology applications and research. Essentially, they serve as a test bed for new technologies and the development of skills in synthetic biology and broader biotechnology communities.

“We mostly focus on genetic engineering to modify yeast to produce various chemical molecules that traditionally rely on the petrochemical industry or large-scale agriculture. These are things like flavour and fragrance molecules, nutraceuticals, pharmaceuticals, preservatives, pesticides, polymer precursors, food ingredients and additives.”

‘From the nuts and bolts to disruptive technologies’

Approximately 100 synthetic biologists will attend the meeting, including those from China, Korea, Japan, Singapore, the United States, the United Kingdom, the European Union and Australia. They represent a total of 32 member synthetic biology biofoundries and industry.

The members attending this year’s conference will meet with the larger global goal of developing the field’s standards, software, metrology, industrial translation and automation.

The meeting will include breakout sessions, which will allow small working groups to come together to develop these key issues and define and agree on an operating model.

“The meeting will cover many aspects of biofoundries, including the nuts and bolts of the software, hardware and methods to upcoming disruptive technologies and business development/partnerships.”

The Global BioFoundries Alliance Meeting 2022 will feature Martin as a speaker alongside Paul Freemont, co-director of the National UK Innovation and Knowledge Centre for Synthetic Biology and head of the section of Structural and Synthetic Biology in the Department of Infectious Disease — both at Imperial College London. Attendance at the workshops is free for members of the Biofoundry community.

The Global BioFoundries Alliance Meeting 2022 is taking place October 14 to 16 at the Loyola Jesuit Hall and Conference Centre (7141 Sherbrooke Street West) and virtually.