Uffe Elbaek, founder and leader of The Alternative

Art and politics may mix at some university house parties, but it’s almost unheard of for a political party to take up residence at a university.

The Faculty of Fine Arts has invited The Alternative, a Danish political party and social movement, to work with Concordia students from all disciplines on a year-long project focused on how the arts can influence political decision making.

The Alternative is not only Concordia’s first political party-in-residence; it may be the first at any Canadian university.

“We didn’t look at anyone else and say, ‘Oh, we want one too!’” says Rebecca Duclos, dean of the Faculty of Fine Arts. “Our commitment to social justice got us thinking about what art can teach politics and what politics can teach the arts.”

Concordia’s invitation made sense to Uffe Elbaek, founder and leader of The Alternative.

"Given my background within education, I feel the space between politics and education is one of the important domains of our time," says Elbaek.

"We need a critical, alert and alive generation of young people to navigate the problems that face us today. Climate change, mass migration, political strongmen rising across the world — solving these challenges will require every ounce of insight and creativity from all of our youth." 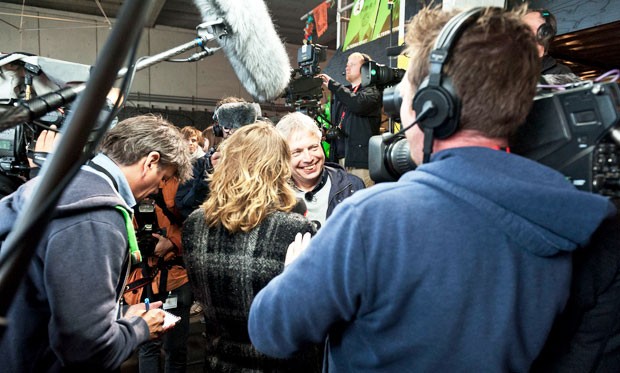 After speaking with Elbaek, Duclos was convinced Concordia would be the perfect environment to combine methodologies and model consultative, inclusive ways to spark change.

The Alternative’s approach resonates with creative practices in the arts, she says. The party crowdsources its platform by constructing “political laboratories” where Danes read policy papers on specific issues, discuss them with experts and then apply these decisions in the political arena.

“We’re treating this residency as an experimental laboratory,” says Duclos.

“We are going to apply this methodological mashup and throw everything we’ve got into an actual issue the city is grappling with. In this case, it’s vacancy. Abandoned and underutilized architecture is such a thorny problem — it needs new, creative models that no one has thought of yet.”

The quest to reinvent politics

While the idea for the residency originated in the Faculty of Fine Arts, around 40 students and faculty members from across Concordia will participate. Dave LeRue, an MFA student in the Painting and Drawing Program, is taking part because he is concerned about the current state of political discourse.

“We've witnessed all political stripes devolve into talking points, ideological positions and a dehumanization of the other. I find myself frustrated by what passes for discourse,” says LeRue.

“The Alternative is trying to do the seemingly impossible by reinventing politics as we know it. I'm interested in exploring what conversations come out of this collaboration. I know we can do better.” 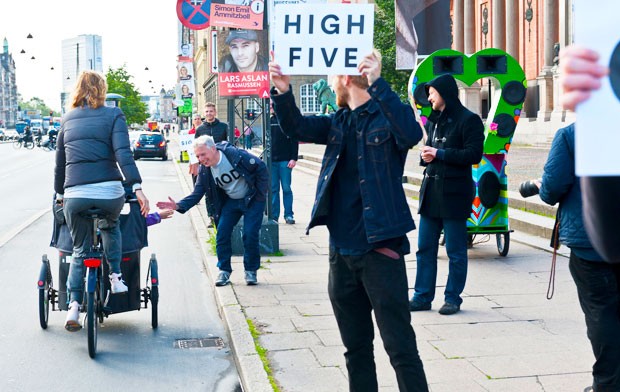 Graduate students and upper level undergraduates will engage directly with Danish parliamentarians, faculty members, and community leaders from groups like Entremise. Also, Projet Montréal's Christine Gosselin, a member of the city’s Executive Committee responsible for Culture, Heritage and Design, will participate in the project.

The residence will take place over three weeks in April, September and November. Students will attend classroom workshops on methodologies and travel to various locations around the city, including the old Royal Victoria Hospital, the Darling Foundry, Project Young and the Champ Des Possibles.

Members of Concordia’s Institute for Urban Futures (IUF) are organizing and managing the project. Shauna Janssen, director of the IUF, has spent a lot of time considering the institute’s role.

“At the core of the IUF is a desire to rethink what it means to host — the practice of hospitality, meeting the other and making space for connections,” says Janssen. “This desire to create shared social spaces and personalize connections is really what we have in common with The Alternative.”

The IUF has assigned mentors to lead all study sessions, including members of The Alternative movements in Denmark, the United Kingdom and Toronto, as well as municipal and cultural leaders from Montreal. Each student will also have a faculty supervisor to work with.

It’s a bold experiment that gives Concordia a chance to look at pedagogy in a more radical way, Janssen says. She adds that the project also serves as a way to imagine universities as places for event-based learning.

“Perhaps the students can light a fire in The Alternative so we can return home to face the challenges in Denmark with renewed energy and fortitude,” he says.