Montreal, November 4, 2014 — Overfishing, climate change and pollution have reduced fish populations in Canadian lakes and rivers. While hatchery-raised fish could return numbers to normal, they aren’t as well adapted to their new environments, and there’s been concern that the wild population is “tainted” once it breeds with its domesticated counterparts. 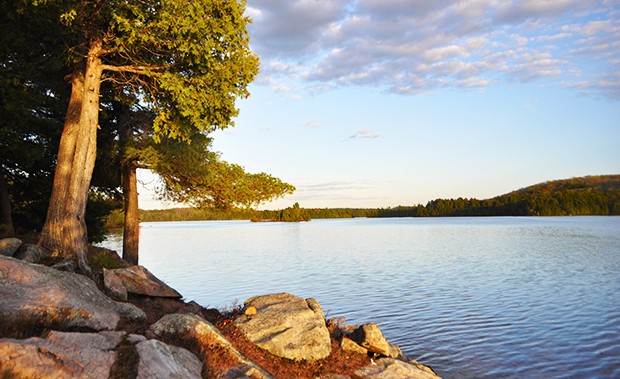 Algonquin Provincial Park is a fisherman’s paradise of lakes stocked generations ago with hatchery salmon and trout. | Photo by Dylan Fraser

Fishing for results
Under the leadership of biology professor Dylan Fraser, the research team — which included Concordia graduate student Andrew Harbicht and research scientist Chris Wilson from the Ontario Ministry of Natural Resources and Forestry — headed to Algonquin Provincial Park, a fisherman’s paradise of lakes stocked generations ago with hatchery salmon and trout.

The implications for conservation
Fraser, himself an avid fisherman, says these results provide hope for wild populations that were initially negatively affected by human-induced hybridization.