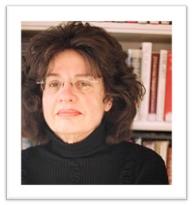 Dr. Raye Kass was hired as an Assistant Professor of Applied Human Sciences at Concordia University, Montreal, Quebec in 1972, and was promoted to Associate Professor in 1976, followed by her promotion to Professor in 2012.  She currently spearheads group theory courses in both the undergraduate and graduate level. Professor Kass is highly involved within the Department’s teaching profile, having taught seventeen different courses, and extensively redesigned many of the counselling and group theory courses that the Department offers today. She was also instrumental in the creation of the Human Systems Intervention graduate level-program, which sees applications from across the globe. A member and past Program Director of the Centre for Human Relations and Community Studies (CHRCS), her consulting and training activities have included over 1000 workshops with various universities, schools, hospitals, penitentiaries, government departments and organizations in Canada, the U.S, Europe and Asia. Dr. Kass is also the author of “Theories of Small Group Development”, as well as the co-author of three other works on group theory. “Theories of Small Group Development” was first published in January 1996, and is currently in its 17th printing and 4th edition. This book, which is a standard text for undergraduate and graduate students, has become a staple in related programs at the University of British Colombia, Royal Roads University in Victoria, British Colombia, McGill University, the Université du Montreal, and the Université de Sherbrooke au Quebec. It has also been used by trainers and facilitators internationally who work with teams and community organizations. Dr. Kass has also published over 80 scholarly works, including refereed chapters in a book, book reviews, refereed journals, non-print publications, unpublished manuscripts, reports and studies, research proposals, and refereed conference presentations. Dr. Kass is currently an advisor to the Mars One Project as part of an interdisciplinary team of advisors providing expertise to this endeavor. She working on processing the applicants who have made it through the first round of selection. This selection was facilitated by the Psychosocial Selection criteria that Dr. Kass helped to develop to ensure that only the most apt candidates were asked to continue to the second round of the selection process.