One of Brooklyn’s brightest comes to Concordia

Ahead of her Writers Read appearance on March 28, Francine Prose explains why teaching is “kind of like having my own book group”
|
By Sara DuBreuil

For Francine Prose, writing is both natural and necessary.

It is so necessary, in fact, that she rarely seems to stop. Between novels — including the National Book Award-nominated Blue Angel (HarperCollins, 2000), a trenchant send-up of academic life, and My New American Life (Harper, 2011), a lighthearted look at immigrant life during George W. Bush’s second presidential term — Prose devotes her time to non-fiction.

Prose is currently a visiting professor of literature at Bard College in Annandale-on-Hudson, New York. On March 28, she’ll be stopping by Concordia to present excerpts from Lovers at the Chameleon Club, Paris 1932 (HarperCollins, April 2014) at the university’s popular and long-running Writers Read series. 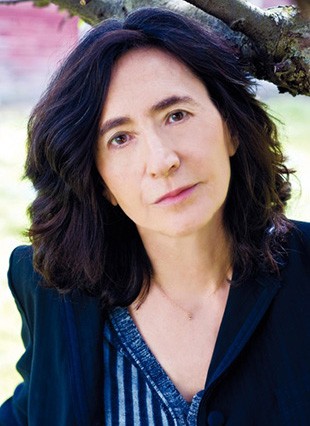 Francine Prose: “It's great to go out in the world and actually meet your readers.” | Photo courtesy of HarperCollins

The book, her seventeenth novel, takes place primarily in a transvestite bar in Paris, France, between 1924 and 1944; it was partly inspired by the famous Brassaï photo of two women in a nightclub, one wearing a dress and the other a suit.

Prose has always been keen to share her passion for words. Her non-fiction includes the best-selling Reading Like a Writer: A Guide for People Who Love Books and for Those Who Want to Write Them (HarperCollins, 2006) and Anne Frank: The Book, The Life, The Afterlife (Harper, 2009), a work that explored Frank’s The Diary of a Young Girl from a literary point of view.

Her classes at Bard College are, “kind of like having my own book group, where we don't have to have a democratic process about what we're going to read,” she says.

“I get to decide what we read, and then I have, let’s say, 15 incredibly intelligent, articulate, thoughtful young people to talk about a book with. It's heaven.”

Prose is looking forward to visiting Montreal — the city’s reputation as a foodie hot spot has not escaped her notice — and to take part in Writers Read.

“It's great to go out in the world and actually meet your readers, and to be able to talk to the people who have been reading and thinking about your work and getting in touch with reality that way.”