Technostress: Are you at risk? 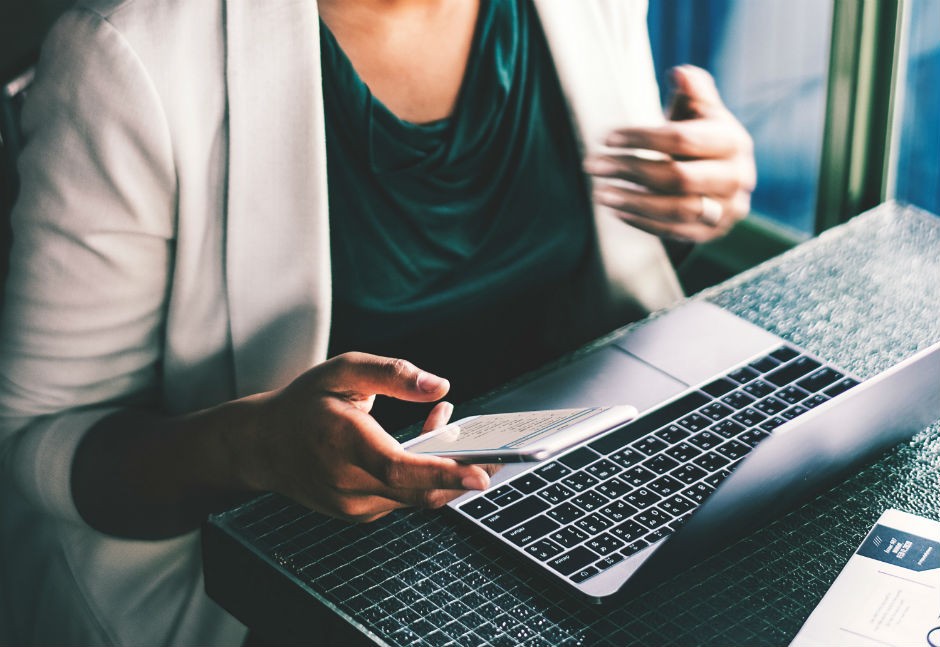 Photo by rawpixel on Unsplash.

Just a few short years ago, experts at the Pew Research Center and Elon University predicted that by 2025, the internet would be "like electricity" — invisible to us, yet ever-streaming, and seamlessly implanted deep within the world around us. Whether we like it or not, that prediction appears to be coming to fruition.

For better or worse, we have been immersed in a globally-networked computing environment that will only become more pervasive as new technologies continue to permeate every aspect of our lives.

As the pace of technological change continues to accelerate at an exponential rate, so do the risks of technostress and its negative impacts on individuals. Technostress is an emergent psychological disorder experienced by individuals using technology. It refers to any negative effect on a person’s attitudes, thoughts, behaviours, and psychology that stem either directly or indirectly from the use of technology.

A modern disease of adaptation

According to Craig Brod, a leading researcher in the field of technostress, people experience technostress when they cannot adapt to or cope with information technologies in a healthy manner. In our everyday lives, technostress is spawned by the constant use of computing and communication devices including computers, tablets, smartphones, and now wearables.

In fact, as communication technologies have become increasingly compact and mobile, most of us are now carrying around powerful computing devices with us at all times.

As a result of the constant connectivity afforded by mobile devices, individuals with poor adaptation and coping skills feel compulsive about always being online. Whereas some feel intense pressure to share constant updates on social media, others feel obligated to respond to work emails in real-time. Worse still, many of us experience both of these compulsions! As a result most of us engage in habitual, if not perpetual, multi-tasking. But is that such a bad thing?

While mobile communication technologies have bolstered productivity in the workplace, their impacts on our well-being are uncertain. Whereas for some, mobile communication technologies are seen as multi-tasking tools that support work-life balance, for others they threaten the quality of modern life by leaving them feeling constantly exposed and pressured to be connected at all times.

The latter is a phenomenon known as techno-invasion and it is a precursor of technostress and work-life conflict. Specifically, by providing employers with access to workers whenever and wherever they are, the boundaries between work and personal life have become blurred. The regular workday is prolonged, work ends up getting done outside of the space, making it is almost impossible for workers to “break away.”

Resistance is futile. Or is it?

So how can we protect ourselves from technostress and techno-invasion? While simply turning off our mobile devices may be an option for some, for others this is not only anxiety-causing, it may also be impossible. In fact, "going off the grid" is difficult for most, given that the majority of us use our mobile devices for both personal and work purposes. So, are we all doomed? Not necessarily.

Recent research shows that whether a person experiences technology as stress-inducing or stress-relieving is largely dependent on how they use technology, and on how they manage the boundaries between their work and personal lives. According to the principles of Boundary Theory, individuals erect "mental fences" around their different roles as a way to simplify and add order to their life.

Research has shown that individuals prefer to manage these boundaries in one of two ways: segmentation (which entails building strong boundaries between one’s work and personal life) or integration (maintaining little to no separation between the two).

For those segmented individuals, who tend to prefer to disconnect from work at 5 p.m., unmanaged mobile devices can often feel like electronic leashes that tie them to work and create stress. Conversely, while integrated individuals tend to appreciate the constant connectivity afforded by their mobile devices (using them to maintain a sense of calm and control), they too are at an increased risk for technology-induced burnout (Always wired, Always tired).

While it may seem like a "lose-lose" situation, there are many apps out there to help one manage the risks of technostress. The first step rests in recognizing one’s boundary management style. Take the short quiz* below to learn if you prefer to segment (Boundary Builder) or to integrate (Boundary Bender) the boundaries between your work and personal life.

Apps and device features to manage your boundaries

For Android users, one of my favourite apps is QualityTime. Both Boundary Builders and Boundary Benders alike can benefit from this app.

For integrated Boundary Benders this app allows them to set limits for how much time they want to spend on their phone and across apps on a daily basis. Once they hit the limit, the app will prompt them with a warning message. QualityTime is ideal for those who have little self-control when it comes to emails, and are constantly busy on their phones.

For segmented Boundary Builders, this app allows them to set their phone to a do-not-disturb mode with customized settings. They can create exceptions for certain contacts such as their spouse or kids, so they can still reach them while they are "away." They can even create similar exceptions for certain apps that they would still like to use while enjoying time "off the grid."

While setting "away" times may be most appealing to segmented individuals, integrated Boundary Benders should make use of this feature to avoid burnouts.

While there are also great apps out there for Apple users, as part of their recent digital health push, Apple has included two new special features in iOS 12 that can help Boundary Benders to cut down on app usage:  App Limits and Downtime.

Check out this article for more info on how to use these features. Also, both the iPhone and iPad have Do Not Disturb features that can be used by Boundary Builders and Benders alike to set quiet times (for relaxing or increased productivity) with customized settings for certain contacts.

Although technology itself is neither inherently good nor bad, our lives are increasingly entangled with and shaped by the very technologies we have created. How we use technology plays a crucial role in whether it helps or hinders us — and recognizing this is key to ensuring our health and well-being.

Understanding our unique boundary management type will help us manage the risks of technostress and guide us in making better choices regarding the specific technologies that we allow into your lives.

Tweet me @nurajabagi to let me know what you think of these apps!

*Disclaimer: The questions in this quiz are adapted from pre-validated scales and research exploring boundary management styles (e.g. Kossek et al., 2006; Kossek and Lautsch, 2012; and Kreiner, 2006). The results of this quiz are meant to shed light on you how you manage your boundaries and technology use. No personal data is collected from you at any time during the quiz.