Surgical robots will save lives, cut costs and contribute to medical education

"You are in good hands," says the robot to the patient. Does that sound like a scene from Star Wars? Not anymore.
|
By Amir Hooshiar 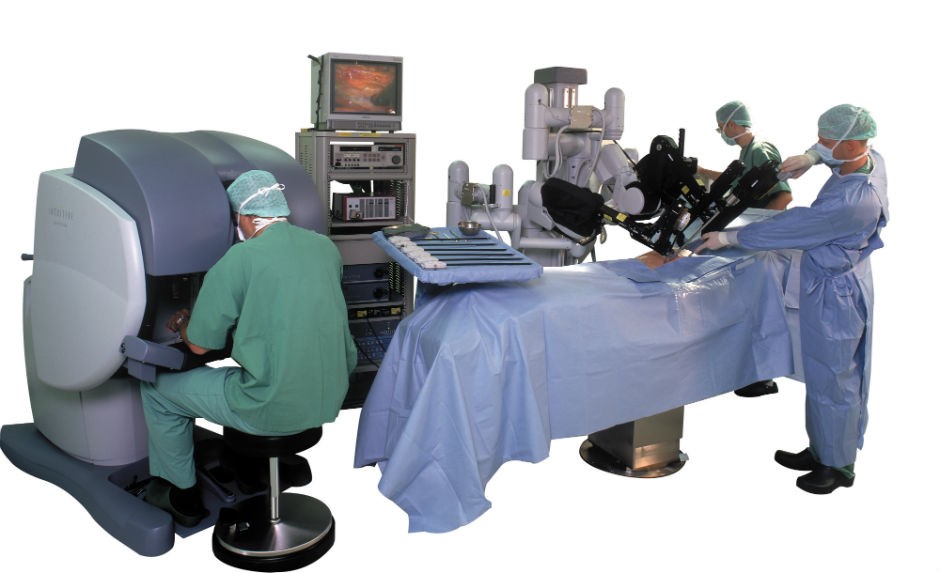 Advancements in robotic surgery have raised hopes for safer, cheaper and more accessible surgeries in developing nations. The use of surgical robots grew significantly after the first trans-Atlantic remote surgery in 2001. For a surgeon, robots improve their precision and dexterity. They also reduce fatigue and radiation hazards. For a patient, shorter waiting and surgery times are the biggest advantages of robotic surgery. However, critics have always cited that losing the sense of touch is the top challenge for global acceptance and the expansion of robotic surgery.

In an award-winning study, researchers developed a surgical robot for remote cardiac surgery. This system can transmit the surgeon's motions to a surgical robot off-site. It can also reflect the acting forces and resistance of a patient's vessels back to the surgeon. This compensates for the surgeon's loss of direct touch, and continuing developments suggest the next generation of robots will be even better equipped to address this concern.

Another concern in a remote setup is the delay between a surgeon's command and the robot's action. Researchers at the Mayo Clinic of Minnesota are studying the safety of remote cardiac interventions. Other research is working to make the surgical robot "aware" of its situation.

Robotic awareness relies on the use of artificial intelligence. It will enable robots to monitor and analyze their interactions with the patient. Early stage results suggest that the next generation of surgical robots will be smart enough to maintain the patient in a safe condition in case of a delayed connection.

Benefits of robots in cardiac surgery go beyond treatment alone. In another study, researchers from Concordia University, Michigan State University and Johns Hopkins University demonstrated the feasibility of remote surgical guidance. The study recorded a surgeon's hand movements while a group of experienced surgeons performed the surgery. They then trained a surgical robot with the same recordings to replicate their motions. Afterward, a group of novice surgeons performed the same surgery while the trained robot was guided and corrected their maneuvres.

The findings of that study imply that remote one-to-one, one-to-many and offline surgical training is feasible. Such remote training would only need one remote trainer. While the trainer is demonstrating, trainees can actually feel his or her motions and vice versa.

This setup not only gives trainees a first-hand experience of the expert motions but also can assess the expertise of trainees for certification purposes. Hopes are that hospitals in the rural areas and underserved regions adopt the technology for the mass training of local surgeons.

The WHO reports that the AfricanrRegion suffers almost a quarter of the global burden of diseases. However, only 3 per cent of the health workers in the world serve this region. As such, complex surgeries like cardiac surgery are not accessible and affordable. Few patients can go abroad for the surgery. Others wait for foreign surgeons to operate locally. Many do not survive the waiting, unfortunately.

A limited number of joint training programs are in place between local institutions and NGOs. These have been successful in training local surgeons for complex surgeries. Such programs, however, require capital investment for expansion and more geographical coverage. Therefore, these programs have a bounded range of influence, given the scarcity of funds and logistics. Given the examples of recent development seen at the top of this post, there is hope that surgical robots can be effectively utilized to compensate the lack of workforce and expertise.

Usually, the expectation is that new technologies will be costly. But hundreds of millions of dollars are spent each year on traveling, housing, allowances, and tuition costs for trainees. The costs of a surgical robot is less than half a million dollars. This technology will actually save tremendous amounts of money. Compared to running training abroad, this investment is much more affordable. Also, compared to bringing in surgeons from abroad, it is more accessible. In addition, the possibility of one-to-many and offline training boosts the number of trainees and sessions exponentially.

Amir Hooshiar received his Bachelor's and Master's in Biomedical Engineering with Honours from Amirkabir University of Tehran, Iran. He served as a Certified Medical Devices Expert for nine years before joining Concordia. Amir is a Vanier Scholar and the recipient of the prestigious NSERC Gilles-Brassard Doctoral Prize for Interdisciplinary Research in 2018. His doctoral research is under supervision of Dr. J. Dargahi on recreating tactile sensing and haptic feedback for surgeons during robot-assisted cardiovascular interventional surgery.