$650,000 donation, the largest ever to Concordia’s Department of Journalism, will create 15 annual scholarships
|
By Howard Bokser
Source: Advancement and Alumni Relations

From amateurs to Usain Bolt and Serena Williams, athletes at all levels strive to set records. Thanks to the generosity of Canadian all-sports TV broadcaster Sportsnet, Concordia’s Department of Journalism has reached a career best of its own. 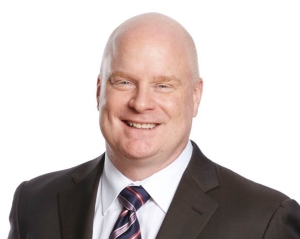 Sportsnet, which is owned by Rogers Media, is making a $650,000 donation to the journalism school — the biggest in the history of the department. The funds will help advance sports journalism at the university.

“This exceptional gift shows how highly regarded our journalism program is,” says Concordia President Alan Shepard. “Sportsnet’s donation reinforces the importance of journalism education in a quickly evolving medium. It will ensure that tomorrow’s reporters, writers and commentators are ahead of the game.”

“We’re very impressed by the excellent programs in Concordia’s Department of Journalism,” says Scott Moore, president of Sportsnet and NHL Properties for Rogers Media. “It has a number of terrific graduates, some of whom work for Sportsnet.” 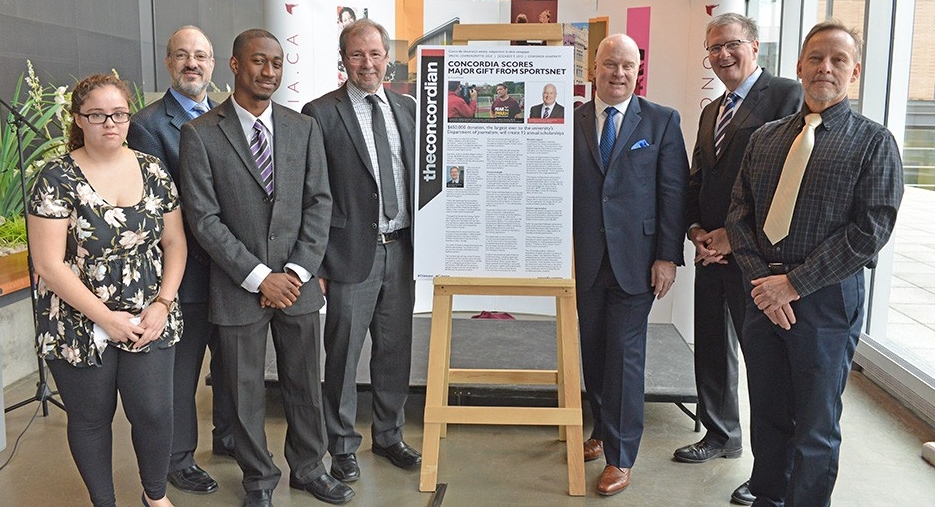 “Our goal is to elevate the training of great sports journalists across the country,” he says. “I grew up in Montreal, and I also feel it’s important to support journalism students at Concordia to help their employment opportunities in the city.”

Moore adds that it is more crucial than ever to support future journalists. “I tell journalism students that they’re entering an industry at either the best time or the worst time. It depends on them,” he says.

“It’s a time of extreme change and opportunity, which is very exciting. The people in school now are the ones who will create the new media ecosystem.”

Over the same time period it will also offer two annual prizes of $8,500 each, awarded to students based on their sports journalism portfolios.

“Part of what makes this gift so exciting is that it supports all three levels of our journalism program: undergraduate, diploma and master’s degree,” says André Roy, dean of the Faculty of Arts and Science. “The three programs already attract outstanding students — and with the help of Sportsnet, we can offer them even more opportunities.” 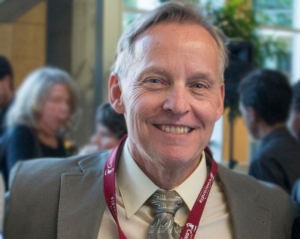 “I received an email in March from Scott Moore, who said he wanted to set up a time to talk,” says Brian Gabrial, chair of Concordia’s Department of Journalism. “I often get these requests, usually for internships. Instead, Scott said that he was looking to make a donation.”

“He’s friends with Bob Babinski, a long-time instructor in our department and a veteran journalist, and Bob suggested giving a gift to Concordia,” Gabrial says. “It’s an amazing contribution to the program, a chance to support our students — it’s a tremendous gift for them.”

The department’s small workshop courses provide access to instructors — all of whom are former journalists. Complementing these workshops are lecture‐based courses that focus on journalism’s social, economic, political and ideological impacts.

“A journalism program is relatively expensive to run, since our equipment is costly,” Gabrial says. “Donations from news organizations are important to us because they allow us to be innovative in our curriculum, to be creative.”

This year, the Department of Journalism celebrates its 40th anniversary. “When we were looking back at what makes this program stand out, we realized that we have successful alumni in online, print and broadcast media at the highest levels across the country,” says Gabrial. “That’s impressive because we’re not a huge department.”

Sportsnet was already a long-time supporter of Concordia students through a number of awards and scholarships, including the Rogers Sportsnet Scholarship in Communication Studies and Journalism, worth $2,400.

“I know first-hand how it feels to receive financial and career support from Sportsnet,” says McKenzie, an undergraduate journalism student. “Thanks to them, I know I have a future in sports journalism.”

“As a Concordia student, I value the importance of higher education in making my dreams a reality,” says Samantha Mileto, an undergraduate journalism student and former sports editor of the student newspaper The Concordian. “Many students find it hard to pay tuition and make ends meet at the same time. I cannot thank Sportsnet enough for its major contribution toward scholarships for my fellow journalism students.”

This gift was announced on December 9, 2015 at Concordia.