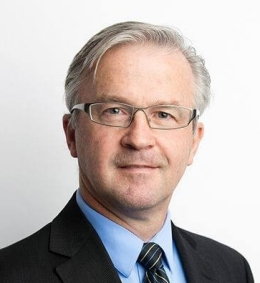 August 25 will be a homecoming for Marcel Dupuis.

When he begins as associate vice-president of development at Concordia’s Advancement and Alumni Relations, Dupuis returns where he was director of development from 2001 to 2006. “I had a great time at Concordia and I can’t wait to return,” he says.

Dupuis comes back with 23 years of fundraising experience including 12 in higher education.

“In his new role, Marcel will be providing strategic leadership and operational expertise for the university’s fundraising priorities,” says Bram Freedman, vice-president, Development and External Relations, and Secretary-General. “He will also be leading the refinement and development of fundraising programs and campaigns.”

Since 2011, Dupuis has worked as director of development at the Faculty of Science and Engineering — and then at the Lassonde School of Engineering — at York University in Toronto, Canada’s third largest university.

He also served as executive director of development at the Université de Montréal from 2006 to 2010. As a volunteer, he co-chaired the Canadian Council for the Advancement of Education’s Prix d’Excellence from 2001 to 2006.

“In fundraising, we meet people from all walks of life,” he says. “What each has in common, whether they’re making a $25 donation or a $5 million gift, is their commitment to advancing a project that is meaningful to them.”

A graduate of the Université de Sherbrooke, Dupuis began his career as a physical education teacher. His journey into advancement taught him that education, discipline and coaching are interconnected.

“If you expect results, actions and personal growth from people, you have to make them understand what you are doing and how they can contribute,” he says, adding everyone can make a difference.

“People don’t give to obtain a tax receipt,” he continues. “People give to a cause they believe in.”

Dupuis says working with donors is always exciting. “Each project is different, each donor is different. In all cases, private support enables exceptional projects that are meaningful to donors and the cause they support.”

In Dupuis’s previous experience at Concordia, he witnessed the university’s expansion to accommodate a growing body of 46,000 students. He now looks forward to helping the university meet future academic goals.

“The university has always had the wind in its sails,” he says. “The more people get to know Concordia, the more they are impressed with the quality of education we offer.”