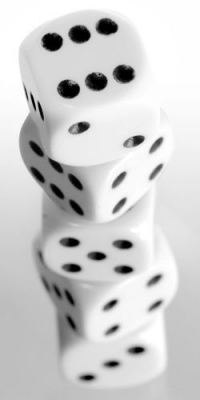 Selling six-packs, spirits and lottery tickets is a booming business in Quebec. Through the provincial-owned Loto-Québec and Société des alcools du Québec, the government made over $2 billion last year retailing these potentially addictive products.

It’s a common arrangement adopted by provinces across Canada, yet one that can raise some concerns. While official commissions help regulate drinking and betting, the province remains in a tricky position as it financially benefits from those struggling with unhealthy dependencies like alcoholism and pathological gambling.

So how does a society fight addiction when it’s making money off the afflicted?

Breaking down the numbers reveals a complicated situation. According to their 2013 annual reports, Loto- Québec paid the province nearly $1.2 billion in dividends while the Société des alcools du Québec (SAQ) chipped in $1.03 billion. Their combined contribution adds up to roughly 2.5 per cent of the Government of Quebec’s total revenue, a substantial source of income. A small portion of this money is directed towards philanthropic efforts — Loto-Québec, for example, spent $22 million from its $3.6 billion revenue to finance gambling-addiction prevention programs, treatment services and awareness campaigns.

Meanwhile, Sylvia Kairouz is crunching a different set of numbers. As Concordia’s Research Chair on Gambling and an associate professor in the Department of Sociology and Anthropology, Kairouz oversees research geared towards better understanding the factors that put people at risk for problems associated with betting. “Gambling is a popular activity in Quebec,” she says. “Almost 70 per cent of people gamble in this province, mainly on lottery tickets. In a sense, gambling is predominantly a leisure activity and a popular pastime. However, a minority of gamblers will develop problems related to their gambling habits. Point-six per cent are probably pathological gamblers — people who are really encountering serious problems with their gambling behaviours — and 1.2 per cent of people are at risk and might be in a zone where they need to be careful.”

Although these numbers may not seem huge, Kairouz warns that addiction affects more than just the individual. An addict’s actions may have signifcant consequences for his or her family and friends, broadening the scope of the problem well beyond what surveys and studies have been able to gather. 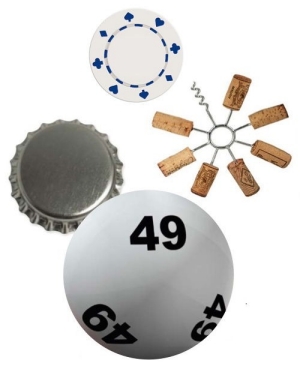 In order to slay a dragon, one first has to understand the beast. Tackling an issue like addiction requires a scientific understanding of why certain individuals develop dependencies that go beyond the stigma and the shame attached to the “addict” label.

“People who have severe addictions experience some loss of control and there is data to support this,” says Nadia Chaudhri, assistant professor in the Department of Psychology and a researcher at Concordia’s Center for Studies in Behavioral Neurobiology. Chaudhri’s work is grounded in the idea that addiction is a disease of the brain, not some sort of character flaw that manifests due to lack of willpower or weakness. “We believe, and there’s a lot of research to support this idea, that the behaviours involved in drug use become components of the process of addiction,” she explains.

Take for example the actions, or behaviours, involved in drinking: “You pour yourself something, usually into a glass, and you lift this up to your mouth and you drink it. You don’t pour it into your ear, you don’t pour it down your shirt — you drink it. This is a behaviour that people who become addicted to alcohol perform many times,” says Chaudhri.

When individuals pick up an alcoholic beverage and bring it to their mouths, they are giving themselves the opportunity to experience alcohol’s sensory properties, like scent and taste. These sensory properties become associated with feelings of intoxication, which are the unconditioned consequences of drinking alcohol. As a result, the smell and taste of alcohol become cues that help drinkers predict that when they consume enough of this beverage, they are going to get drunk.

“Through repeating this action enough times, you come to associate the smell with the effects of consumption,” Chaudhri explains. Experiencing a cue like the smell of alcohol can make individuals crave alcohol, which in turn can lead to more drinking.

The associations formed through repetitive behaviours can contribute to people becoming addicted and help the maintenance of that addiction, creating a self-sustaining cycle. Cues that predict drugs can trigger relapse months after people have gone through treatment and are no longer experiencing withdrawal.

The ritual act of buying the lotto ticket can also be seen as an example of a repetitive, “addictive” behaviour. Yet there is another strange bit of psychology at work here. “One of the things that makes gambling so addictive is its unpredictable nature. You buy a lottery ticket, you’re not sure if you’re going to win or not — but if you win, there’s a chance for a really high payoff,” Chaudhri says. “It’s the unknown probability of this really big gain that can maintain the behaviour of buying the lottery ticket.”

The relationship between a behaviour and its consequence can be explained by a learning process called instrumental conditioning — a type of learning that occurs when an individual performs an action, evaluates the consequences of that action and then, based on the results, either performs that action more often or stops performing it all together.

Psychological research has shown the amount of behaviour a person performs can be determined by its relationship to the consequence — the potential payoff of that lottery ticket — and the schedule of reinforcement — how likely someone is to win. As might be expected, bigger jackpots encourage more gambling. But curiously enough, it’s the randomness of gambling that really drives people to go all in.

“Behaviours involved in gambling are typically reinforced on what we call a variable ratio schedule,” Chaudhri explains. “You don’t know how many of those behaviours, whether it’s buying a ticket or pulling the slot lever, you will have to perform in order to get the win and so you perform them at a high rate.”

Studies involving rats have proven that unpredictability is a strong incentive. If hitting a lever 20 times always results in a food pellet sliding into its cage, a rat will tap the lever at a steady rate, taking little breaks once it receives a pellet. If the food delivery system is set to a variable ratio schedule, with pellets sliding in at random with no predictable pattern, the rat will sit by the lever and tap repeatedly without stopping, like a tiny visored tourist at a Las Vegas slot machine.

If mice and men alike are vulnerable to developing addictive behaviours, it may be simple to position government-run corporations like Loto-Québec and the SAQ as villainous for both enabling and profiting from gambling and alcohol consumption.

However, the history behind these institutions tells a very different story, according to Harold Chorney, a professor in the Department of Political Science. “These crown corporations initially grew out of a need for regulation,” he says. “Before gambling was legalized in Canada and there were lottery corporations set up, all these things were run by organized crime. Prohibition delivered the alcohol industry into the hands of the Mafia.” 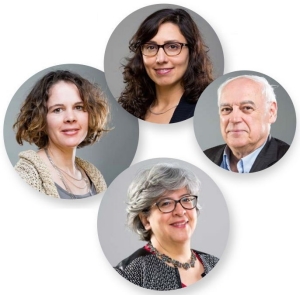 As long as there is a demand, eliminating the SAQ and Loto-Québec now would do little to reduce alcohol consumption and gambling in the province — indeed, if the government vacated the field, the private sector would simply swoop in and pick up the reins.

The provincial government, Chorney explains, has two recourses at its dispos­al when it comes to dealing with alcohol and gambling activities: regulate the commodity through crown corporations; and apply taxes to act as a disincentive for “consuming” excessive amounts of the commodity. Hiking taxes as a method of reducing consumption has its limits, says Chorney. Taxes on wine and alcohol are already very high in Quebec compared with European countries and there’s a threshold to how much citizens are willing to pay.

“Reducing consumption isn’t really the government’s place,” he says. “Reducing alcoholism, yes. Reducing gambling addiction, yes. But to say, ‘We don’t want people to drink wine,’ in Quebec, forget it. You’d get tossed out of office by the voters. People would be furious.”

In his opinion, the government can help by keeping its eye on the overall health of the economy — making sure the business cycle doesn’t spin downward, for example, and paying attention to prevent the unemployment rate from rising. “Alcohol consumption goes up when economic depression strikes, when people lose their jobs, when families begin to break down, when neighbourhood and community begins to decline,” Chorney says. “So another way of fighting alcoholism is to make sure that those kinds of conditions don’t occur.”

It takes a village to fight a beast as big as addiction. It may be tempting to try to single out one person or organization for blame, but only a community effort will change things.

Take a look at drinking culture in university communities, where there can be surge in heavy, normalized alcohol consumption. Drinking is historically part of the college experience, part of the environment that seems to be perpetuated year after year through endless rituals like pub crawls and frosh. Still, just because everyone is doing it, doesn’t make it healthy.

“There needs to be more of a focus on young-adult drinking rather than writing it off as a stage they’ll grow out of,” says Roisin O’Connor, assistant professor in the Department of Psychology. “It’s difficult to know who’s in trouble and who isn’t because there’s just this explosion of heavy use during this period.”

O’Connor is interested in the associations people have with alcohol and how they play into in-the-moment drinking. These associations or beliefs start forming in childhood, well before that first-ever sip of beer. For example, if a young child sees his parent indulge in a glass of wine after a tough day, the child may begin to associate drinking with stress relief. Likewise, heavy drinking and higher education may become strongly linked as a young person has ample opportunity to watch movies featuring toga-wrapped sorority girls and frat boys. Once alcohol becomes available, these associations finally get the opportunity to play out.

“By identifying the reasons or motives behind why people are drinking, we get our foot in the door and can potentially help individuals,” O’Connor says. “We all have a huge responsibility to help alter how people think about drinking during that age period.”

Changing the environment around young-adult drinking involves a multi-faceted effort, starting in the home with parents having conversations with their kids and being aware of what’s motivating them to drink. Universities need to bolster the basic yet essential “Don’t drink and drive” campaigns with critical dialogue on student drinking culture.

Government has a role to play as well by helping to support alcohol intervention and prevention programs within universities and health centres.

As for gambling, Kairouz says that Quebec has one of the best treatment programs in the world for pathological gamblers with free, accessible services available in all regions.

Help is there for those who seek it. The problem, according to Kairouz, is that many do not. “Gambling can be a hidden addiction. There’s a stigma associated with it, a negative association and shame that goes with the experience of being a gambler, which prevents people from talking about their problem and seeking help. By the time people discover that a loved one has a gambling problem, sometimes it’s too late and a lot of damage has already been done,” she says.

Prevention cannot move forward as long as we’re still entertaining the stigma and moral judgment towards the addict. Even if Loto-Québec and the SAQ would devote half their respective revenues towards treatment and awareness programs, nothing will change if people are too ashamed to reach out.

To help those suffering from addiction, society first needs to extend its hand.

—Alyssa Tremblay is a student in Concordia’s Department of Journalism.