“MIGS pumps oxygen through our blood in Parliament,” said Dallaire, a senior fellow of the institute.

Listen to the podcast:

The luncheon, held in Dallaire’s honour, was organized by Advancement and Alumni Relations to showcase MIGS’ research achievements and unveil its new projects. 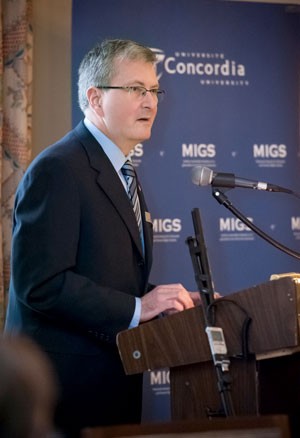 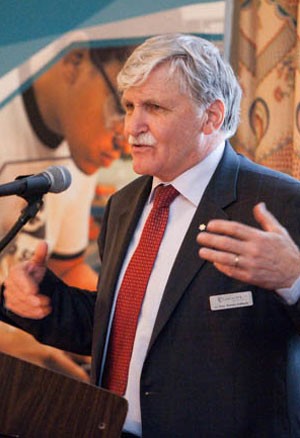 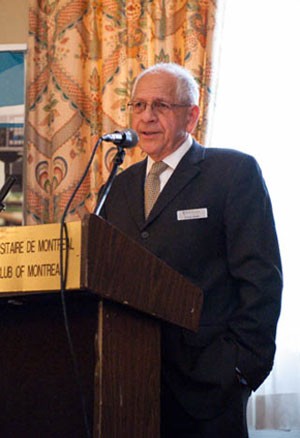 Concordia President Alan Shepard lauded MIGS’ enviable track record. “The work of Senator Dallaire and MIGS fellows brings renown to Concordia,” he said. “It brings relief to so many people around the world.”

In 2010, MIGS published Mobilizing the Will to Intervene: Leadership to Prevent Mass Atrocities, a report that compared American and Canadian policies towards atrocities in Rwanda in 1994 and Kosovo in 1999.

The report prompted the U.S. to act on MIGS’ recommendations, including the creation of a senior position in the White House focused on mass atrocities.

“We who are humanitarians feel enormous empathy for the victims of genocide,” Chalk said. “Many of us have discovered, however, that our empathy is not enough.”