So when Michael Lonardo pondered what gift to offer his parents on their milestone — an immigrant couple who revered schooling yet had precious little of their own — he found the ideal tribute. 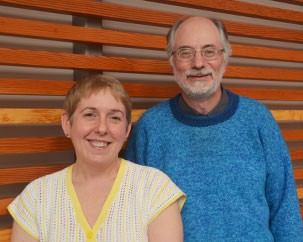 “I graduated from Concordia in 1975 with an honours BA in history,” says Lonardo. “My parents immigrated to Canada from Italy in the 1950s with a very limited education. As a result, education for my sibling and me became top priority. The outcome was we both have three degrees.”

In honour of Lonardo’s parents’ wedding anniversary in October, he and his wife Olivia Lewis chose to endow a Concordia scholarship in their name, which will go to students studying immigrant life in Canada.

The first Maria and Domenico Lonardo Scholarship will be awarded to a Concordia undergraduate in 2013.

“We feel a great sense of satisfaction with this gift and I think Michael’s parents will be very proud given the importance they have attached to education,” says Lewis. “It is so easy to do.”

Lonardo, who is retired, worked as a librarian for almost 27 years. Lewis runs an outerwear business in St. John’s, Nfld. 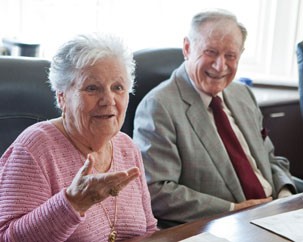 They met at Memorial University after Lonardo earned additional degrees at the University of Toronto and McGill University.

Lewis, a native of Newfoundland, attended Memorial University and is a graduate of B.C.’s University of Victoria.

Both share a quiet respect for higher education and the astonishing courses it so often charts for talented students. “Education is crucial,” Lonardo says. “It plays a vital role in the general betterment of society.”

Lonardo and Lewis planned their gift with care and without worry. “I feel good about it, but in a way, it is easy to do. I’m not being asked to do anything difficult,” Lonardo says.

Lewis adds: “I suspect people don’t realize how easy planned giving can be, not to mention how good it makes you feel.”