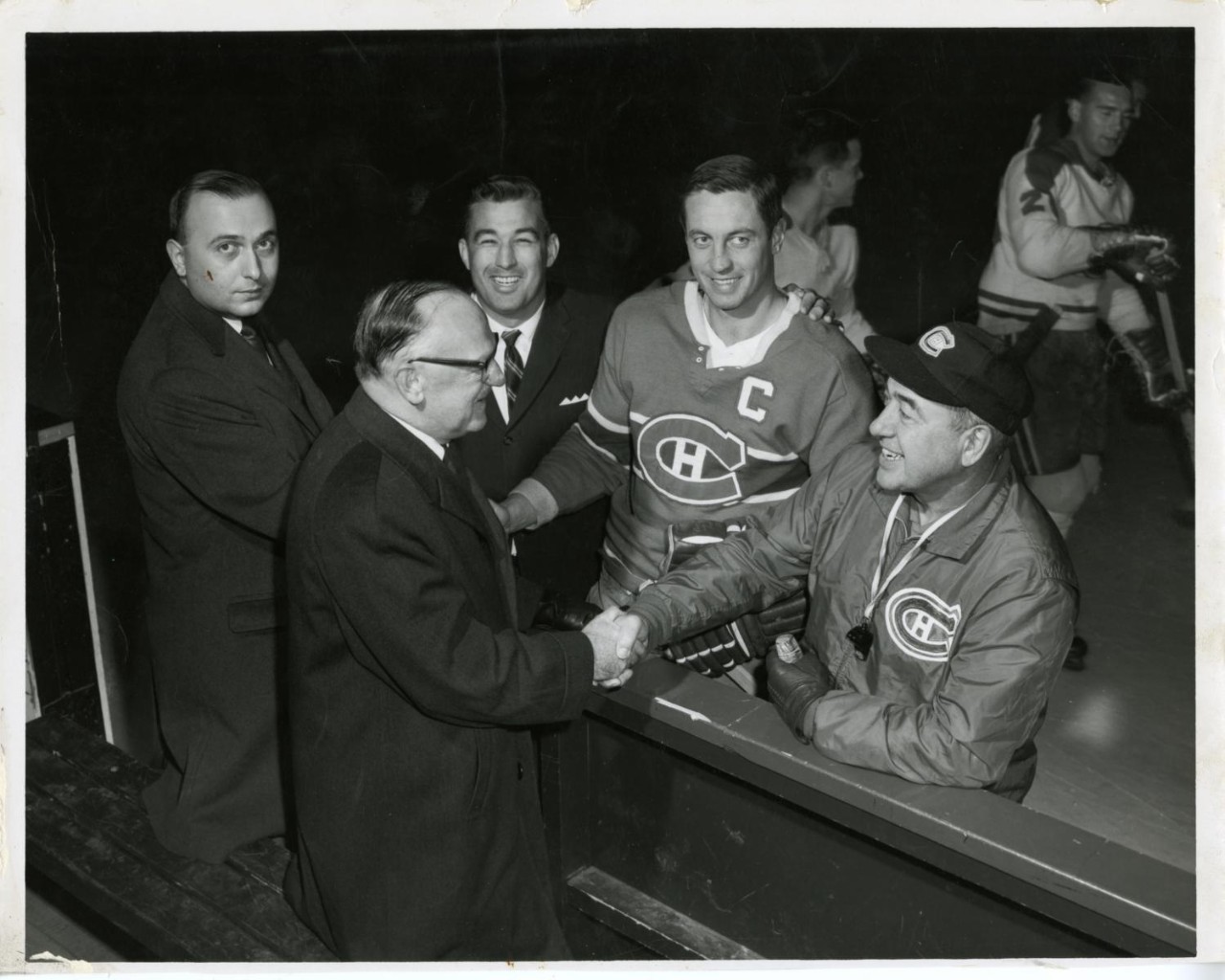 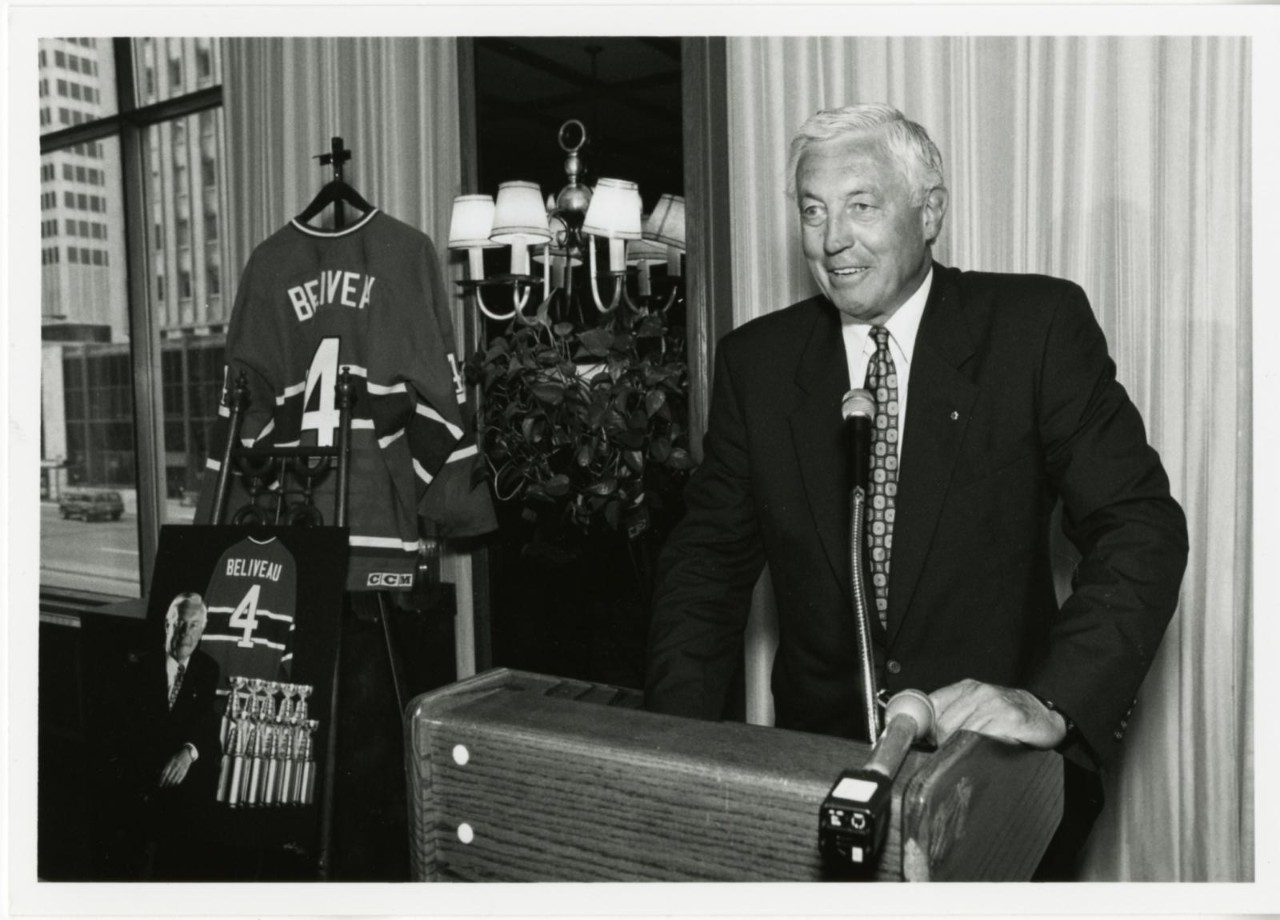 Records Management and Archives (RMA) is saddened by the death of Jean Béliveau, a legend in Montreal hockey history. Known as one of the best NHL hockey player ever, Mr. Béliveau received both the Loyola Medal in 1995 and an Honorary Degree in 2009. RMA would like to share with you two photographs: one when he visited Loyola College in 1966-67 and the other when he received the Loyola Medal in 1995.