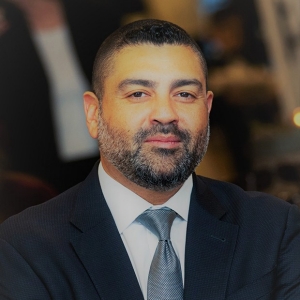 “I’m very proud of the education and the knowledge I was able to acquire at Concordia; it served me well. I feel it was an excellent preparation for the rest of my life.”

Henry Mooney was lead economist at the Inter-American Development Bank (IDB) and based in Kingston, Jamaica, when he contributed to Nurturing Institutions for a Resilient Caribbean, a book highlighting how institutions are vital to socio-economic progress. COVID-19 was barely a year away.

Reducing poverty and inequality through financial and technical support is key, says Mooney, a dual Brazilian and Canadian citizen who has worked in Africa, Asia, Europe, Latin America and the Caribbean.

Previously at the World Bank, Morgan Stanley and the International Monetary Fund (IMF), Mooney, now economics advisor with the IDB in Washington, D.C., says his agency helps “countries grow faster and improve the lives of their people, everything from investment in education, health care, and infrastructure — roads, ports, water, sewage — to improving political systems.”

“Working on the Heavily Indebted Poor Countries and Millennium Debt Relief Initiatives, where the IMF, World Bank, and major advanced economies committed to help poor countries reduce debt burdens to support faster poverty reduction and growth. I worked on the Republic of the Congo and Haïti, helping them meet all the qualification criteria to get hundreds of millions of dollars of debt relief.”

“There have been times where you have to speak truth to power. Sometimes you are dealing with senior members of government who aren’t used to people telling them No, or giving them an alternative to their own opinion.”

“My professor of monetary economics, Dan Otchere. I became his research assistant and got to know him personally. He was quite inspiring, a wonderful, invested professor — a great professor in terms of subject matter. He encouraged me to go to the London School of Economics (LSE).”

“I went straight from Concordia to the LSE, then to Harvard University. I never felt I was unprepared or underprepared. In fact, it was always the opposite. I often felt better prepared than many of my peers. I’m very proud of the education and the knowledge I was able to acquire at Concordia; it served me well. I feel it was an excellent preparation for the rest of my life.”