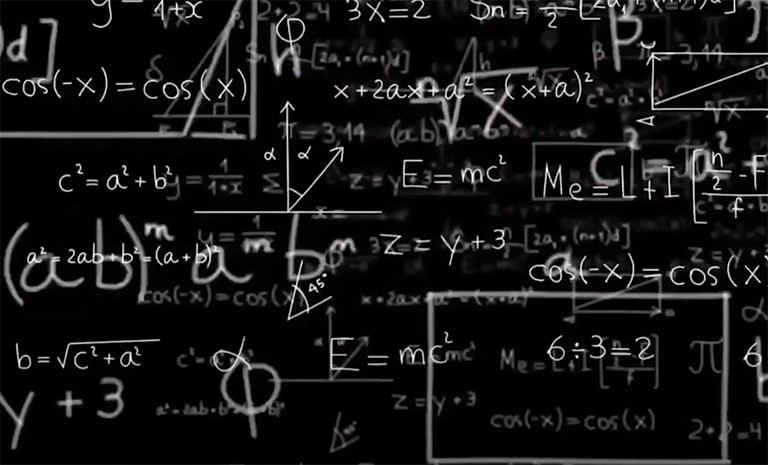 The Department of Mathematics and Statistics at Concordia is celebrating the five winners of its inaugural video contest, Math and Stats: 1:01.

Christopher Plenzich, the department’s project coordinator, oversaw the contest from start to finish. He’s very pleased with the results, he says.

“We had some amazing entries, and given the great reactions we’ve gotten, the hope is to do this again next year.”

The aim of the contest was twofold: to supply undergraduate and graduate students with new tools for communication that can be useful in their future careers; and to encourage students to create videos related to their research.

Entries had to be accessible to a general audience and demonstrate creativity and strong video production. Lisa Kakinami and Giovanni Rosso, associate professors of mathematics and statistics, and Joanna Berzowska, associate professor of design and computation arts, were on the judging panel.

Plenzich’s duties included securing funding via the Faculty of Arts and Science’s dean’s office, assembling a judging panel and conducting a training session for interested students on how to produce their videos.

“I was flattered to be counted among the winners and am thankful for the opportunity to share just one of the spectacular ways math connects the abstract and the concrete,” says Alexander Naazeer, who placed first in the undergraduate category.

For his video “Projections and visualizing higher dimensions,” Naazeer built a physical pyramid and recorded its shadow as it spun, demonstrating projections onto two dimensions. He then related that concept to projections of a tesseract onto three dimensions.

Sean Gregory, who won an honourable mention for his video “Derivatives simplified in one minute,” drew on personal experience in hopes his video could help other students just starting out.

“Entering into calculus as a university student, I was absolutely lost on a variety of the topics presented, especially derivatives,” he recalls.

“I spent a good four hours with my friend attempting to understand it. I made this video hoping that no one else would have to go through that again. I kept on thinking, ‘What would past me think about this specific idea,’ and it led to a very amazing, yet fun, video.”

Nika Aghili, who placed second in the undergraduate category for her video “Chessboard Problem” says she was honoured to have the chance to enter. She also reveals that it led to some personal reflection on life for students elsewhere.

“Even though I am thrilled, I feel guilty thinking about my friends and other talented students my age in Iran who do not have these opportunities to show their abilities in fields they are enthusiastic about and focus on their studies,” Aghili says. “Instead, they are fighting for their most basic human rights and freedoms.”

In attendance were Cody Hyndman, chair of mathematics and statistics, and Francesca Scala, associate dean of graduate studies, and Philippe Caignon, associate dean of student academic services, both in the Faculty of Arts and Science.

Next up? “We want to hold a meme contest and a photo contest,” Plenzich reports.