Harry Zarins, GrDip 77, former director of Concordia’s Department of Recreation and Athletics, died from complications from lymphoma on December 26, 2016. He was 65. 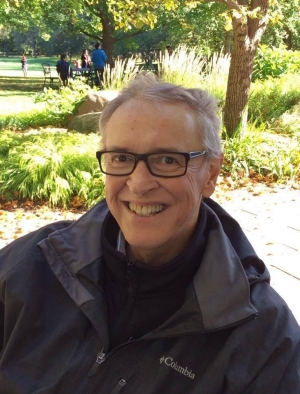 Zarins was a university sports administrator for 26 years, and was Concordia’s athletic director from 1993 to 2002. During his tenure at the university, the Stingers football team made its only appearance at the Vanier Cup, the Canadian university championship game, in 1998.

Born in Montreal on January 2, 1951, Zarins earned a BA in geography in 1974 from McGill University, where he played varsity water polo. He earned a graduate diploma in institutional administration from Concordia in 1977, and then returned to McGill to complete a master’s degree in educational administration in 1979.

After his nine years at Concordia, he left to become president of Harry Zarins Enterprises, a business management consultancy company, from 2002 to 2008. He simultaneously acted as chief executive officer of Water Polo Canada from 2005 to 2008.

Most recently, from 2008 to 2015, Zarins was executive director of the Brain Injury Association of Canada in Ottawa.

As reported by McGill, Pat Sheahan, Queen’s University’s head football coach, said of his former colleague: “A great loss to us all.” Sheahan worked alongside Zarins during former coaching stints at McGill and Concordia (1989-1999).

He added that Zarins was a Canadian university sports “visionary who was in many ways ahead of his time. Some great years at McGill and to date the most successful decade in Concordia University athletics history.”

Anyone wishing to make a donation in the name of Harry Zarins can contribute to the May Court Hospice in Ottawa, 613-260-2906, or to the Brain Injury Association of Canada.