The Liberal Arts College was saddened to learn of the passing of a long-time faculty member, Virginia Nixon.

“I know that all of us admired her courage, generosity and grace under difficult circumstances,” says Eric Buzzetti, principal of the college. “She was universally beloved and will be sorely missed.” 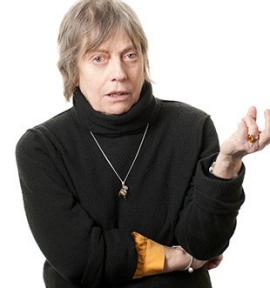 Nixon taught the history of art and music, as well as graduate courses in the Department of Art History and in Concordia’s interdisciplinary Humanities PhD Program.

“She quickly became one of the college's outstanding teachers and scholars, and an always principled, resourceful and creative colleague,” says Frederick Krantz, who hired Nixon and was the founding principal of the college. “She had the wonderful knack of being both a demanding and a beloved teacher.”

Nixon was also an art critic at the Montreal Gazette for 12 years.

“She brought the great visual works she taught alive, by conveying a sense of art as part of the lived social, as well as aesthetic, world of both the past and the present,” says Krantz, who recalled Nixon often assigned students visits to contemporary galleries and architectural subjects as a key part of the research and writing done in her survey course.

Nixon was recognized by a teaching excellence award from the Concordia Council for Student Life in 2002.

Nixon had a passion for travel. She played a major role in the college's annual first-year New York City Cultural Trip, regularly conducting tours of the art works in the city’s museums. On these trips, Nixon often went with groups of students to concerts, plays, and even clubs on evenings when there were no scheduled events.

Additionally, Nixon travelled with students on two of the graduating-class trips to Europe, also now a part of the college. The first, in 1994, was to Russia to study politics and art. The second, in 2010, to Germany (which Nixon co-chaired), took students to both Munich and Berlin to explore locations of historical and artistic interest.

“She loved the college, and was unstinting of herself to her courses, students and college life,” says Krantz. “All who studied with her, and knew her, had their lives permanently enriched by the understanding she conveyed of the great role of art and music, not only in the past, but also in contemporary life,” he says.

“She was a person of enormous spirit, intellect, dignity and energy, a teacher for all of us, in the best and deepest sense.”

Nixon is survived by her husband Laurie, her children Martin, Sarah, Judy, Judy’s husband Noel, Anna and David, as well as her grandchildren, two sisters and many cousins, nieces and nephews.

There will be a public commemoration of Virginia Nixon's life at a date and location to be determined.