’Tis the season for basketball

On November 7, Both Stingers teams face UQAM in their home openers
|
By Meagan Boisse 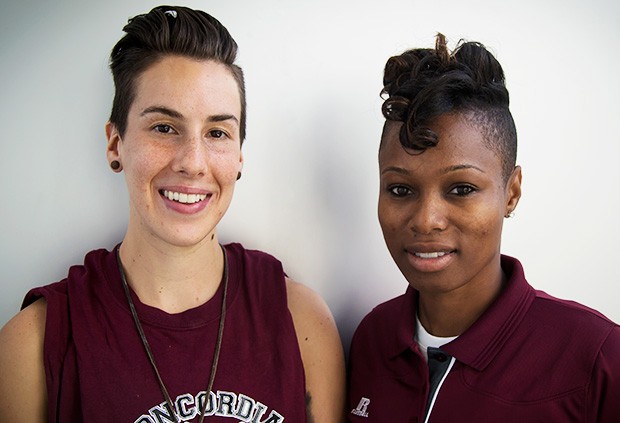 A new season, a new court and new uniforms.

The Concordia Stingers women’s and men’s basketball teams will be starting off their regular seasons this Saturday, November 7, on a brand-new gym floor in the Athletics Complex on the Loyola Campus.

Both teams are starting on a high note: the men won seven of their 10 pre-season games, while the women’s exhibition record stands at five wins to one loss.

The matches will be the first league appearances for women’s head coach Tenicha Gittens and men’s coach Rastko Popovic both of whom were recruited last spring.

“Saturday should be a good test,” says Gittens. “I’m excited about it, and so are the girls.”

She adds that fans should expect to see an aggressive Concordia team on the court this weekend.

“It’s going to be a battle,” says Gittens. “I’ve watched UQAM play two of their non-conference games, they’re very scrappy and tenacious, and they never stop. I’m expecting a physical game. I’m expecting both teams to go at it and our girls to step up.”

Look out for newcomers Marie-Eve Martin and Shanica Baker. Martin, a former McGill Martlet shooting guard, knocked down nine three-point field goals in her last game against Carleton University. Baker, who was recruited from the University of Tampa, is expected to add some needed depth to the post position. 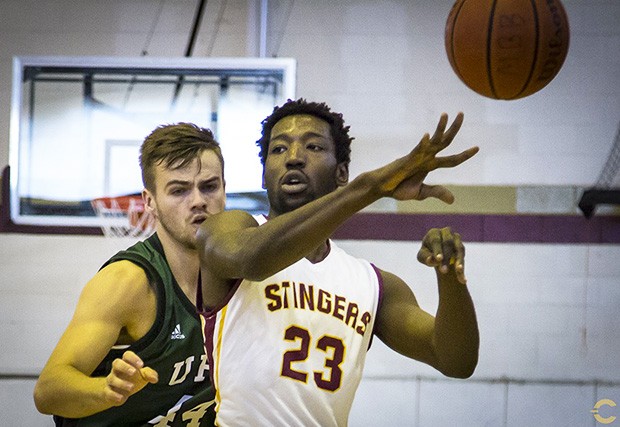 Popovic is also looking forward to his first home game as head coach.

“I enjoy the challenge and am looking forward to the regular season where every game counts,” he says. “It’s going to be a lot of fun.”

Popovic says the Citadins are a very quick team with strong guards and good size. “We need to prepare and play every game like we’re competing for the championship.”

While the Stingers men’s pre-season started hot with a seven-game winning streak, they recently suffered three loses at a Brock University tournament. Popovic, however, is optimistic things will go well for his team on Saturday.

“It’s a long year and we can learn from these experiences and make sure we don’t make the same mistakes in the regular season,” says Popovic.

The women’s and men’s home opener basketball games take place on Saturday, November 7, at 6 p.m. and 8 p.m., respectively, at the Recreation and Athletics Complex (7200 Sherbrooke St. W.) on the Loyola Campus.

Find out more about your Concordia Stingers.