Montreal: the top student city in Canada — and eighth in the world

Concordia’s hometown climbs up the QS rankings
|
By Sarah Buck 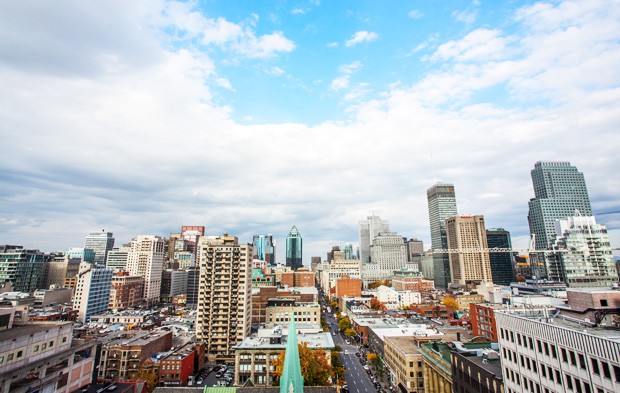 “Concordia values a diverse student population”: international students make up 27 per cent of the total in Montreal. | Photo by Concordia University

Montreal is once again one of the 10 best cities in the world for students, according to the latest international rankings by Quacquarelli Symonds (QS).

This year, the city moved up the list from number nine to number eight, behind Paris, Melbourne, London, Sydney, Hong Kong, Boston and Tokyo.

“Our city’s reputation has students excited all over the world, from Beijing to Toronto,” says Matt Stiegemeyer, Concordia’s director of student recruitment in Student and Enrolment Services.

The annual Best Student Cities list put Montreal in the top Canadian spot for the third time in a row. It is one of the top two student cities in North America, second only to Boston.

QS — which also compiles the sought-after World University Rankings —  look at the cost of living, employment prospects and the “vibrancy” of the student community. Affordability is also a key consideration, as captured by the price of Big Mac and the cost of an iPad in each city.

But its strongest showing is once again in the “student mix” category. “Student mix” reflects in part the number of international students as a percentage of all post-secondary students who attend a ranked institution in the city — in this case, Concordia, McGill University and Université de Montréal.

International students make up 27 per cent of the total in Montreal, compared to just 19 per cent for QS’s overall top-finisher Paris.

“International experience is an important part of Concordia,” says Stiegemeyer. “Montreal serves as a host for a multitude of perspectives – and our students have an advantage because of it.”

Montreal’s showing on the Best Student Cities 2015 list marks an upward trend for the city. It has climbed up a place per year since the rankings were first released in 2012.

Find out how Concordia rose in this year’s QS World University Rankings.