The Concordia community is deeply saddened to learn of the passing of David Jones, athletic therapy laboratory instructor in the Department of Exercise Science. David passed away suddenly on May 20, 2014. Our sincerest sympathies go to his wife Carol and his two sons Ben and Matthew.

For more than 20 years, David devoted most of his time sharing his passion with Concordia’s students. He was an accomplished teacher and a stalwart supporter of athletic therapy and its development. He was also remarkably generous. David was always there to help his students and colleagues. 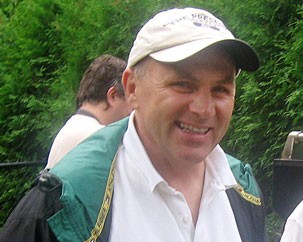 Dave had a reputation of being a tough instructor. Many students called him their mentor, and he not only transmitted cutting-edge knowledge, but also important values for the career of a caregiver. In their interactions with him, his students not only learned to become a better athletic therapist, but really a better person.

David Jones completed his master’s degree while working full-time and was on the verge of completing his PhD in the Department of Biology at UQAM. His first PhD dissertation research, “Increased cardiovascular risk factors in breast cancer survivors identified by routine measurements of body composition, resting heart rate and arterial blood pressure” was published in March 2014.

Active in both the Canadian Athletic Therapists’ Association (CATA) and the Corporation des Thérapeutes du Sport du Québec (CTSQ), his passion for both health and prevention was contagious to people that had the privilege of exchanging with him.

He was kind, hardworking and an inspiration to many athletic therapists in training. He will be missed by his colleagues in the Department of Exercise Science, his current students and alumni; as well as by thousands of athletic therapists across Canada.

In lieu of flowers, Dave’s family encourages that donations be made to the Heart and Stroke Foundation of Canada.

Read his obituary in the Montreal Gazette.