From May 12 to 16, some classes will be temporarily relocated from the Sir George Williams Campus to the Loyola Campus
| 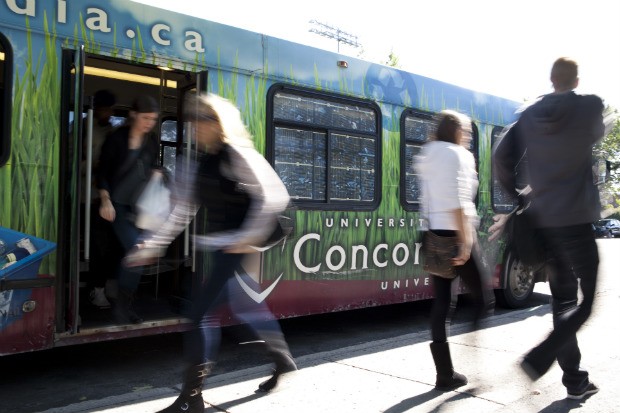 From May 12 to 16, classes will be temporarily relocated from the Sir George Williams Campus to the Loyola Campus. | Photo by Concordia University

Concordia will host the 82nd Congress of l’Association francophone pour le savoir (Acfas) from May 12 to 16, 2014. This is an amazing opportunity for the university to host an event that will bring together 5,500 leading academics from across the francophonie on our downtown campus.

This is the first time in our history that Concordia will host the Acfas Congress and we are confident our community will greatly benefit from the new connections that our faculty, students and staff will make during this landmark event.

A congress of this magnitude takes a lot of planning and coordination. To accommodate the needs of the conference, several classes, usually held on the Sir George Williams Campus from May 12 to 16, will be temporarily relocated to the Loyola Campus.

Courses beginning at 6:15 p.m. or earlier that are scheduled in the Henry F. Hall (H) Building or the John Molson School of Business (MB) Building in Office of the Registrar rooms have been moved to other rooms, either on the Sir George Williams Campus or to the Loyola Campus.

Classes, labs and courses that are not affected:

During the congress, there will be an increase in shuttle bus service to facilitate travel to the Loyola Campus.

Loyola is also easily accessible by public transit via the 51, 105, 123 and 162 buses. These routes link directly to the Villa Maria and Vendôme metro stations. The Montreal West commuter train station is one block away.

All students, staff and faculty affected by these classroom changes were notified via email before the start of the spring term.

We thank you for your understanding and support.

Find out more about the Acfas congress.