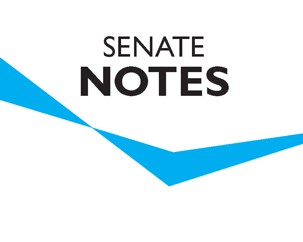 The Government of Quebec’s recent promise to reinvest in post-secondary institutions could mean a funding increase of up to $11.9 million for Concordia in 2014-15, President Alan Shepard said at the January 17 meeting of Senate.

“We’re working diligently to meet the government’s request for proposals that would earn the maximum amount of funds for the university,” Shepard said.

The categories for funding allocation assigned by the Government of Quebec include teaching, research, students with disabilities and special needs, and financing debt repayment, Shepard said.

Recently, representatives from the Ministry of Higher Education, Research, Science and Technology began meeting with Quebec university leaders to explain how the new funding will be allocated across these categories.

It includes a reduced number of credits in the degree, as well as four theme-based terms mapped onto seven learning goals and the creation of several new modules. Stay tuned for more information on the program’s launch in mid-February.

Benoit-Antoine Bacon, provost and vice-president of Academic Affairs, gave an update to Senate on the university’s Academic Plan. He announced that the university is reinvesting $1.5 million in the Concordia Libraries’ collections.

“As we invest in the physical transformation of our libraries, we must also ensure that our collections continue to be relevant and up to date,” he said.

The provost also mentioned several other projects underway related to the Academic Plan, including an eLearning roadmap, the planning of a Student Success Centre and sponsorship of departmental retreats to promote strategic planning. He is also working closely with the District 3 innovation centre to develop new ways to support project-based learning for students.

Graham Carr, vice-president of Research and Graduate Studies, presented a revised version of Concordia’s Policy on Research Units, which was approved by Senate. The policy is intended to ensure that the process for recognizing research units and infrastructure platforms at the university is clear and transparent.

The approved changes to the policy serve to more clearly define research units and their criteria for membership. “Because research centres are creative, intellectual and experimental spaces that exist outside department and faculty structures, we also need to have organized structures of support and governance,” Carr said. “That’s what the original policy was intended to provide, and that’s what the modifications attempt to address.”

Read the new Policy on Research Units and Infrastructure Platforms.