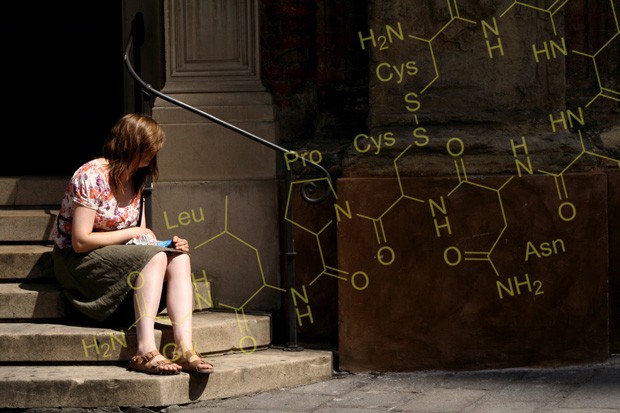 The love hormone, the monogamy hormone, the cuddle hormone, the trust-me drug: oxytocin has many nicknames. That’s because this naturally occurring human hormone has recently been shown to help people with autism and schizophrenia overcome social deficits.

As a result, certain psychologists prescribe oxytocin off-label, to treat mild social unease in patients who don’t suffer from a diagnosed disorder. But that’s not such a good idea, according to researchers at Concordia’s Centre for Research in Human Development. Their recent study — published in Emotion, a journal of the American Psychological Association — shows that in healthy young adults, too much oxytocin can actually result in oversensitivity to the emotions of others.

With the help of psychology professor Mark Ellenbogen, PhD candidates Christopher Cardoso and Anne-Marie Linnen recruited 82 healthy young adults who showed no signs of schizophrenia, autism or related disorders. Half of the participants were given measured doses of oxytocin, while the rest were offered a placebo. 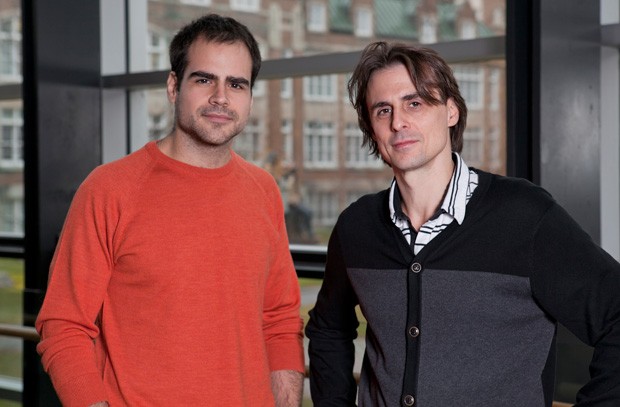 As Christopher Cardoso (left) and Mark Ellenbogen found, oxytocin is not the “easy fix” many psychologists once thought it was. | Photo by Concordia University

The participants then completed an emotion identification accuracy test in which they compared different facial expressions showing various emotional states. As expected, the test subjects who had taken oxytocin saw greater emotional intensity in the faces they were rating.

“For some, typical situations like dinner parties or job interviews can be a source of major social anxiety,” says Cardoso, the study’s lead author. “Many psychologists initially thought that oxytocin could be an easy fix in overcoming these worries. Our study proves that the hormone ramps up innate social reasoning skills, resulting in an emotional oversensitivity that can be detrimental in those who don’t have any serious social deficiencies.”

As Cardoso explains, “If your potential boss grimaces because she’s uncomfortable in her chair and you think she’s reacting negatively to what you’re saying, or if the guy you’re talking to at a party smiles to be friendly and you think he’s coming on to you, it can lead you to overreact — and that can be a real problem. That’s why we’re cautioning against giving oxytocin to people who don’t really need it.”

Ultimately, however, oxytocin does have the potential to help people with diagnosed disorders like autism to overcome social deficits.

But, says Cardoso, “The potential social benefits of oxytocin in most people may be countered by unintended negative consequences, like being too sensitive to emotional cues in everyday life.”

This research was supported by grants to Mark Ellenbogen from the Canadian Institutes of Health Research and the Canada Research Chairs Program (supported by the Social Sciences and Humanities Research Council of Canada). Christopher Cardoso is supported by a scholarship from the Fonds de Recherche en Santé du Québec