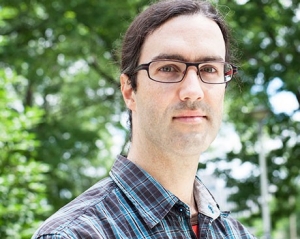 Damon Matthews, professor and Concordia Research Chair in Climate Science and Sustainability in the Department of Geography, Planning and Environment of the Faculty of Arts and Science, appears in a CTV National newscast to discuss hurricanes in the Atlantic, in particular, hurricane Irma, and the likelihood of even more powerful storms in the future as ocean temperatures continue to rise. Matthews is seen at the nine-minute mark.

On another subject, Matthews is also quoted in an article in Le Devoir, where experts challenge the Quebec government's view of natural gas as a viable form of alternative energy in the transition away from oil. He is also quoted (and pictured) in a Journal de Montréal article about natural gas, which he says is a fossil fuel and not entirely clean.